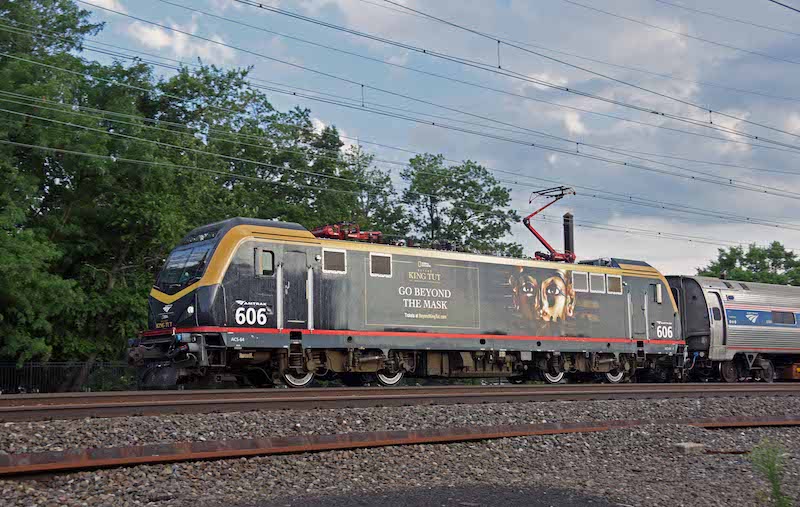 Amtrak ACS-64 electric 606 was wrapped in Ivy City in recent days to promote the “Beyond King Tut” exhibit at the National Geographic Society in Washington D.C. It joins sister ACS-64 662 which remains in its “Phase III” throwback colors for Dovetail Games promoting Train Sim World 2.

The history exhibit runs through February 2023 and celebrates the 100th anniversary of the discovery of Tutankhamun’s tomb in Egypt’s Valley of the Kings.

The locomotive, in black and gold, was spotted outside the engine terminal in Washington D.C. early Thursday afternoon. Later in the day it led Northeast Regional Train 178 headed for Boston.