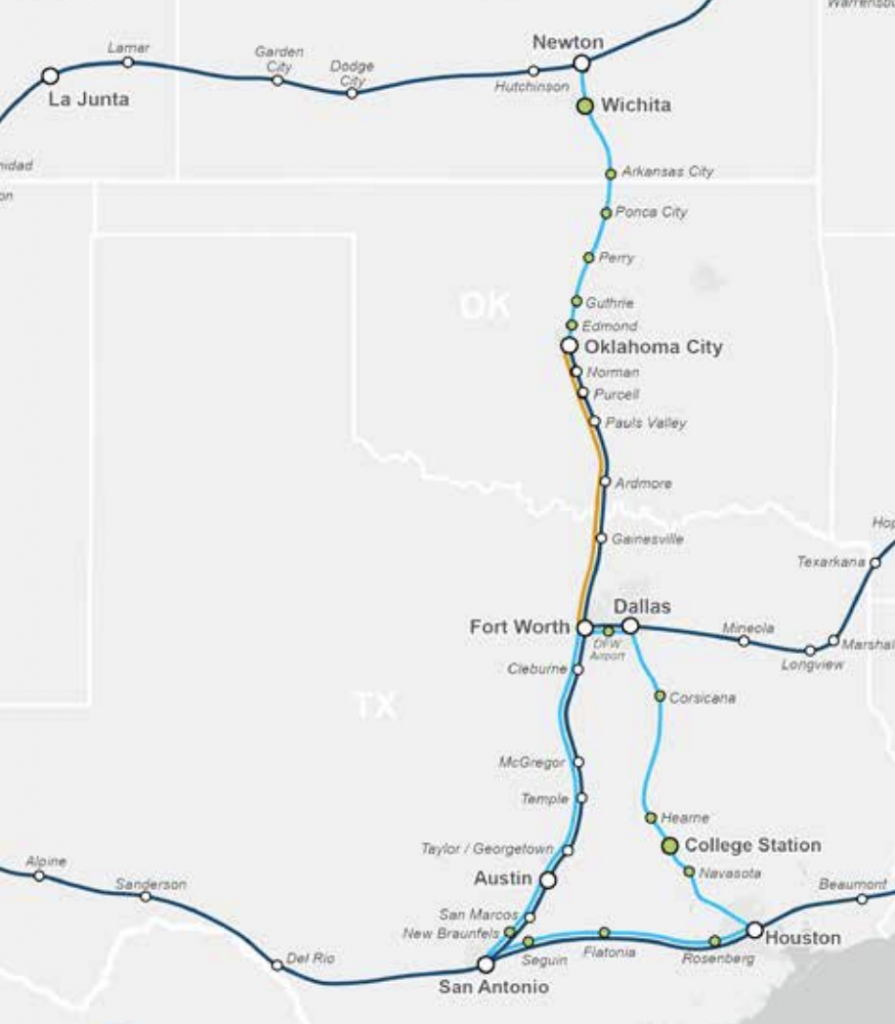 A map of the proposed expansion.

OKLAHOMA CITY — Amtrak CEO Bill Flynn and President Stephen Gardner virtually met with stakeholders in Kansas, Oklahoma and Texas on Tuesday to discuss the proposed expansion of the Heartland Flyer.

As part of its recently-released corridor vision plan, Amtrak would like to extend the Heartland Flyer north from Oklahoma City to Newton, Kan., where it would connect with the Southwest Chief. Amtrak would also like to increase the number of Heartland Flyer round trips between Oklahoma City and Fort Worth from one to three per day, enabling additional connections with Amtrak services to Dallas, Houston, Austin and San Antonio.

During the meeting, which was held on Zoom, Gardner said that there was a lot of support for Amtrak’s plan to increase service over the next 15 years to serve up 160 new communities across the country. Amtrak is particularly interested in expanding service on corridors that are 500 miles or less. “There is a lot of interest across the United States to expand passenger rail service right now,” he said.

But in order for it to happen, the federal government will need to increase its financial support for Amtrak, Gardner said. It would also require continued support from the states and local governments, as well as BNSF Railway, which owns the track.

Among the officials on the call was Homer Nicholson, mayor of Ponca City, Okla., which lost its passenger service more than 40 years ago. Nicholson said that the city is currently in the process of purchasing the local depot from BNSF and hopes to turn it into a regional transportation hub. “We will be ready and waiting for passenger rail service,” he said.