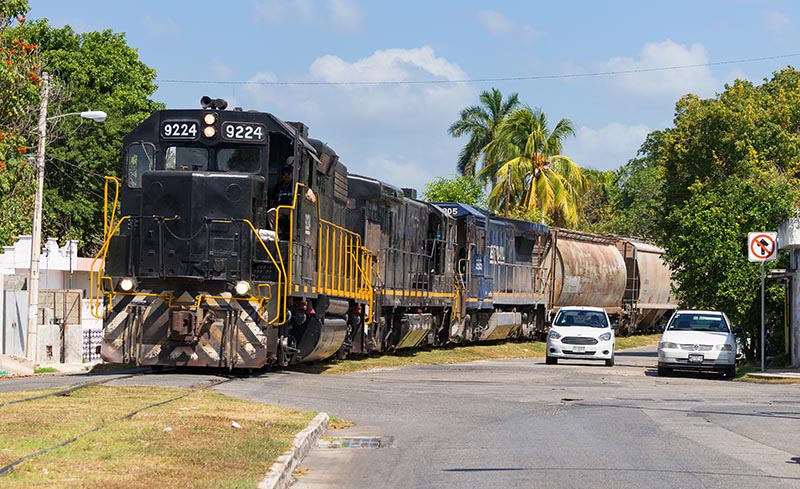 By Mathieu Tremblay/photos by the author

In February 2019, I traveled to Mexico’s Yucatán Peninsula for some vitamin D, cultural shock, and tasty tacos. After a little research, I discovered that there was an active short line railroad in Mérida, the capital of the state of Yucatán, where I would be staying for a few days. Photos were rare and information was scarce, but the area seemed to hold potential, and I would have some time to devote to railfanning. Median running on busy streets, hand-me-down power from the U.S. and Canada, and overgrown trackage across the thick Mayan jungle all sounded very interesting to me.

It did not take long for me to be charmed by the unique Ferrocarril del Istmo de Tehuantepec (Tehuantepec Isthmus Railroad or FIT), and I even managed to snap a few photos. I found a fascinating railroad where I did not expect one. After all, the Yucatán Peninsula is one large, flat slab of limestone, and is covered in dense jungles and swamps wherever humans have not settled. What the railroad lacked in scenic vistas it made up for in character. I immediately knew I was going to return to cover it more adequately. A year later, I spent a few weeks in Mérida and a few days in Campeche and focused my attention on documenting the Mérida-Campeche segment of the FIT. 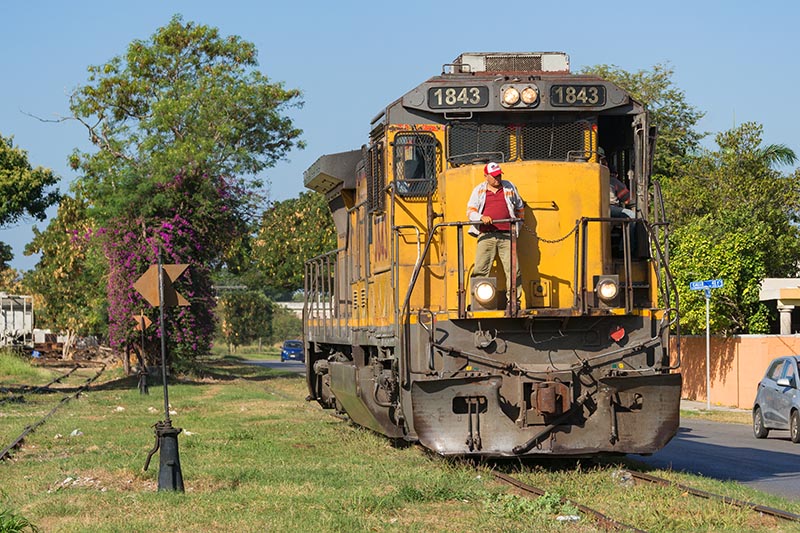 After working in the Ciudad Industrial all night with a B40-8 of Union Pacific heritage, the FIT switcher crew arrives at Mérida shops and is about to tie up on February 10.

Narrow Gauge Roots
Railroading in the Yucatán Peninsula begins in the 1850s with a project for the construction of a narrow gauge railroad to transport henequen — a variety of agave native to Yucatán, cultivated for its use in the manufacture of rope — between Mérida and Progreso, a port town on the Gulf of Mexico that lies about 35 kilometers north of the capital, from where the fiber extracted from the plant could be loaded onto boats for forwarding to North American and European markets. However, civil unrest and changing priorities delayed the construction of any track until 1879.

A proper rail network was only created at the turn of the 20th century, with the construction of narrow gauge lines to Valladolid and Campeche, as well as various rural branches. This group of narrow gauge lines merged into the Ferrocarriles Unidos de Yucatán (United Railways of Yucatan) in 1902, but was isolated from the rest of Mexico’s network until 1949. Conversion to standard gauge began soon after, but some narrow gauge and dual gauge trackage remained in service well into the 1980s. In the 1960s, the peninsula’s railroad became a part of the nationalized Ferrocarriles Unidos del Sureste (United Southeast Railways). 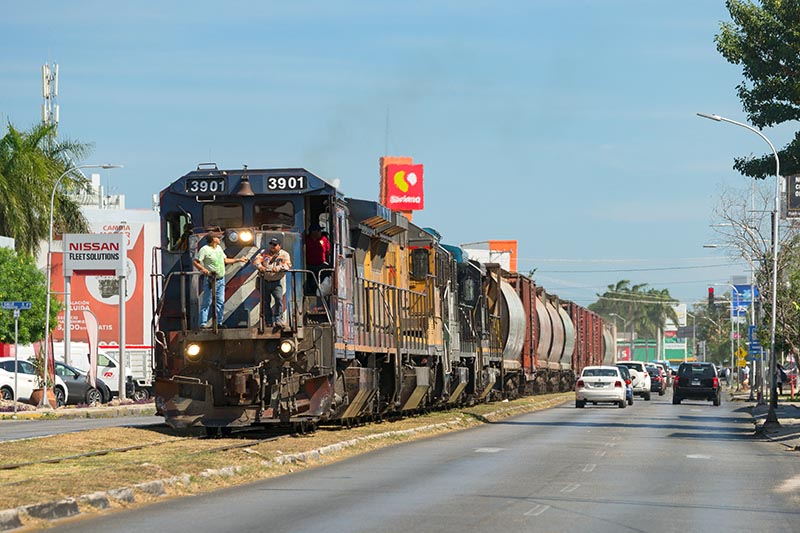 On February 7, a northbound train led by an eclectic mix of GE locomotives rolls on the median of Ruta 261, one of Mérida’s main arteries. Sadly, this trackage will be replaced by a new bypass loop entering the city from the east as part of the Tren Maya project.

When Mexico’s national rail network, the well-known Nacionales de México (NdeM), was privatized in the late 1990s, the Ferrocarril de Chiapas y Mayab (Chiapas & Mayab Railway or FCCM), a Genesee & Wyoming company, took over operations of the 900-kilometer línea FA between Coatzacoalcos, Veracruz, and Mérida (which also included the línea FD from Mérida to Tizimín and the línea FX from Dzitás to Valladolid). The FCCM was also chosen to operate the línea Z and the línea K in the states of Oaxaca and Chiapas, on the Pacific coast, forming a divided network linked by trackage rights on the Ferrosur-operated iron between Coatzacoalcos and Salina Cruz, Oaxaca, with a connection to the rest of the North American network in Medias Aguas, Veracruz.

In October 2005, Hurricane Stan swept across the Yucatán Peninsula and significantly damaged rail infrastructure throughout the region. G&W deemed it not financially possible to repair the track and gave up its concession to operate the FCCM in 2007… 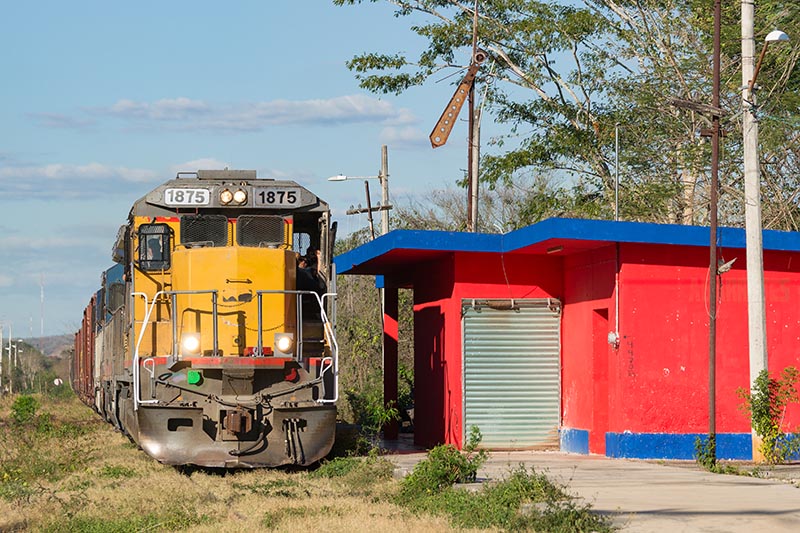 On February 24, a northbound train passes the town of Tenabo, in the state of Campeche, where the classic NdeM-era station has been repainted a striking shade of bright red.

Read the rest of this article in the August 2021 issue of Railfan & Railroad. Subscribe Today!