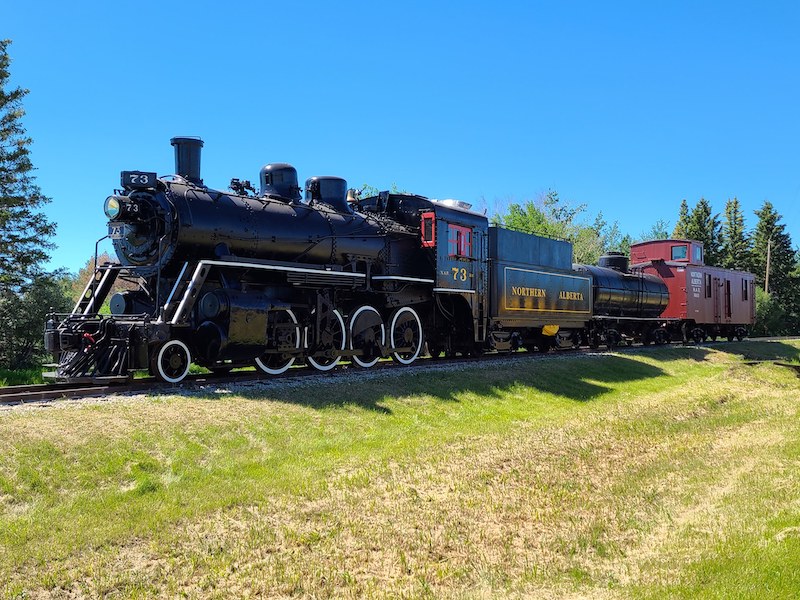 EDMONTON, Alberta — The Alberta Railway Museum will open its doors for the first time in more than a year on July 31, and will be open every weekend into September, the museum announced last week.

When visitors do get the chance to return to the museum, they’ll have the opportunity to enjoy the recently completed cosmetic restoration of Northern Alberta Railways 2-8-0 73. The locomotive was restored last fall thanks to a grant from the Government of Alberta through the Heritage Preservation Partnership Program.

Besides NAR 73, the museum is home to an operating CN 4-6-0 and various diesels from CP, CN and Grand Trunk. The museum was founded in 1968.

The museum will be open every weekend from 10 a.m. to 5 p.m. through Labor Day. It is recommended that people purchase tickets in advance. For more information and to buy tickets, visit albertarailwaymuseum.com.