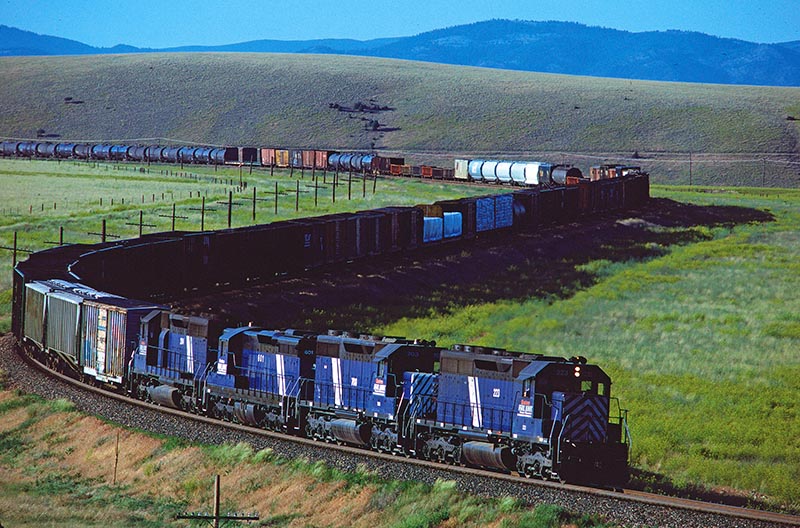 The Missoula–Laurel road freight descends Winston Hill east of Helena, Mont., in this summer 1994 view. The consist includes two SD40s sandwiching an SD35 and an SD9. If the scenery was the big draw of Montana Rail Link, the classic motive power was a close second. —Kyle Brehm photo 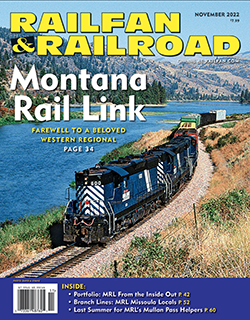 By Kyle Brehm/photos as noted

The men and women of Montana Rail Link, the popular regional railroad operating along the former Northern Pacific main line through southern Montana, were preparing for another great year when the shocking news lit up the railroad world on the afternoon of January 10, 2022 — BNSF Railway would be reacquiring trackage it had spun off 35 years ago for a reported $2 billion, ending what was supposed to be a 60-year lease 25 years early. The news was met with disbelief from railroaders and railfans alike.

Over the course of MRL’s 35 years, it had become one of the most popular regional roads in the country among railroad enthusiasts. For one thing, the 600-mile former NP between Huntley, Mont. (just east of Billings, the state’s largest city), and Sandpoint, Idaho, is among the most scenic pieces of railroad in the country. Secondly, in its early years, MRL relied on a fleet of attractively painted first- and second-generation EMD locomotives, providing a bit of variety alongside Burlington Northern and later BNSF through freights. Even today, a few GP9s and SD45s soldier on alongside a fleet of SD70ACe locomotives that hold down most main line assignments. 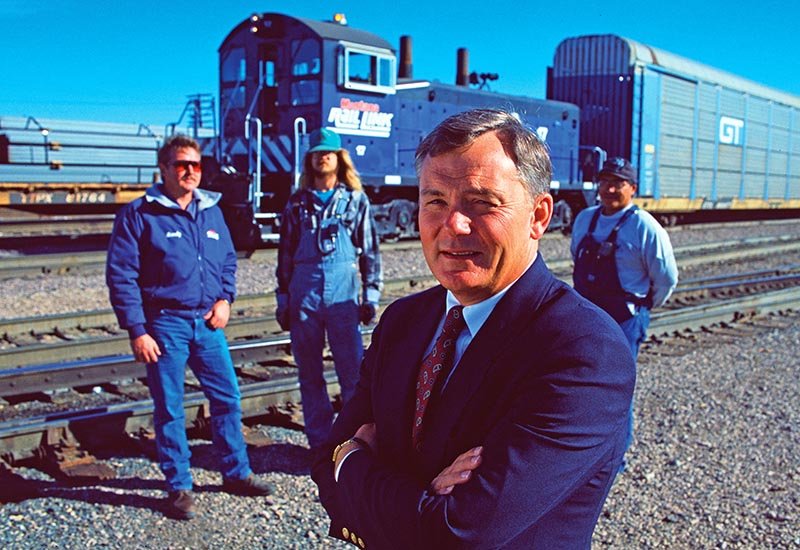 RIGHT: When Dennis Washington agreed to lease the former Northern Pacific main line, he appointed Bill Brodsky to be MRL’s first president. Brodsky (seen here in Billings in 1995) was no stranger to railroading in Montana, having served in management on The Milwaukee Road in the 1970s and 1980s. —Kyle Brehm photo

Making MRL
In the mid-1980s, Burlington Northern was struggling to keep stockholders happy, particularly in Montana where there was local resistance to caboose-less trains and restrictive labor agreements that prevented the railroad from achieving the savings it believed it could get out of the former NP across the state, one of two main lines it had in Big Sky Country. Meanwhile, “spin-off” had become the corporate buzzword of the day. BN had already started shedding some routes — the former NP line from Butte to Garrison, Mont., became short line Montana Western; branch lines in eastern North Dakota were sold off to become Red River Valley & Western; and in eastern Washington, part of the old Stampede Pass main line became Washington Central. On its primary main line to the Pacific Northwest, in an effort to break old union agreements, BN even created a new paper railroad with the peculiar name Winona Bridge Railway to run the old Great Northern Hi-Line; that effort never got off the ground after protests from the unions. But the most likely target for a spin-off was the old NP through Billings, Bozeman, Helena, and Missoula, which included not one but two tough mountain grades over Bozeman and Mullan passes.

Enter Dennis Washington. A self-made billionaire, Washington got his start in construction and eventually expanded to mining, marine transportation, aviation, and more. A fellow Montanan, daredevil and stunt performer Evel Knievel, once mused that Washington was the state’s second-biggest gambler — after himself, of course. Washington’s career path had always been to buy an undervalued company and fix it. He also had a knack for finding the right people to do that, so when the opportunity to lease BN’s southern main line emerged, Washington turned to Bill Brodsky. 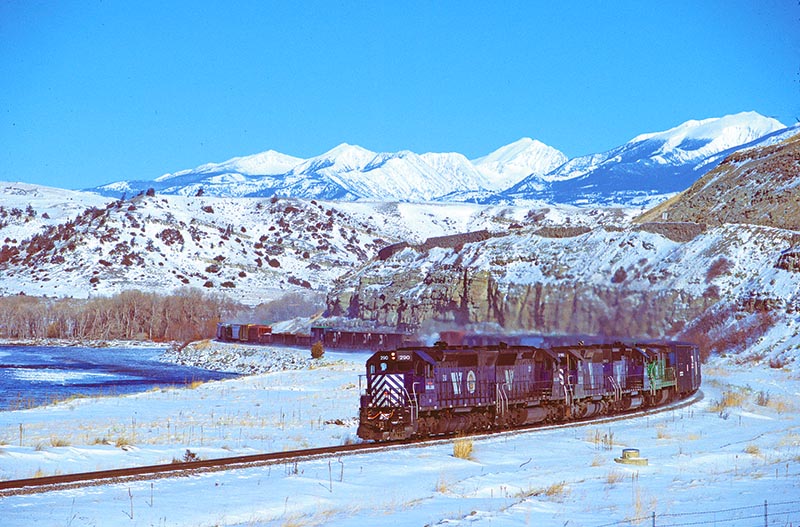 ABOVE: MRL SDP40-2XR 290 leads the Laurel–Missoula (LM) roadfreight west near McAdows Canyon, outside of Livingston, Mont., during winter 1999. Behind the ex-Great Northern locomotive is a mix of EMD motive power, some of which is now off the roster. Amazingly, the 290 — always an oddball on the MRL roster — is still on the roster in 2022. In this image, the locomotive is still wearing a logo from 1989 celebrating Montana’s Centennial.—Kyle Brehm photo

Brodsky was a Milwaukee Road veteran, hired in 1970 who worked his way up through the ranks. He was also a key player in a last-ditch effort to save Milwaukee’s Pacific Coast Extension west of Miles City, Mont., which had been abandoned in 1980. Brodsky was hired in 1987 to lead Washington’s new railroad. As part of the deal with BN, Washington Corporation would lease the main line for 60 years but it would purchase a number of branch lines directly, including lines to Darby, Polson, Whitehall, and Harrison. As part of the deal, Washington’s MRL was also guaranteed a certain percentage of traffic from BN, which meant the vast majority of trains over MRL would actually be BN (and later BNSF) run-throughs with MRL crews. It seemed to be a win-win; Washington would get a profitable railroad and BN would maintain its route across southern Montana, but it wouldn’t have to deal with restrictive labor agreements and two rugged helper districts…

Read the rest of this story in the November 2022 issue of Railfan & Railroad. Subscribe Today!