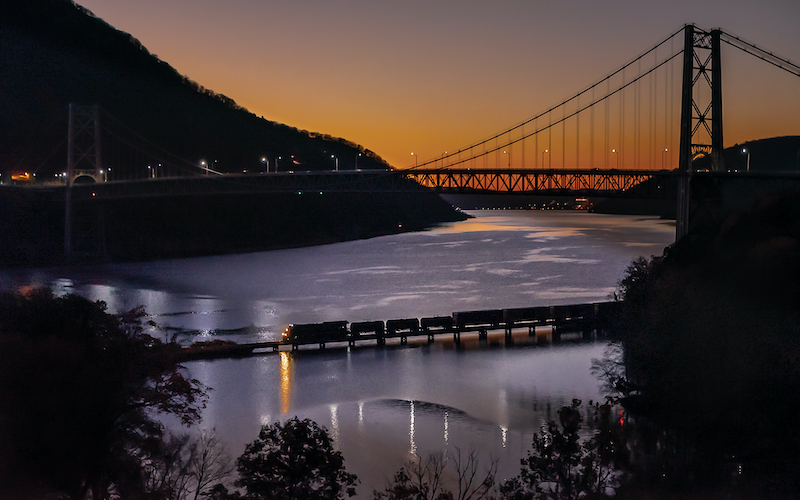 FIRST PLACE — EUGENE ARMER: The dawn sky is tinged by the orange glow of the approaching sunrise, silhouetting the Bear Mountain Bridge and reflecting light onto the waters of the Hudson River, as a CSX Transportation manifest freight crosses Popolopen Creek trestle and makes its way north to Selkirk, N.Y., on October 25, 2019.

Congratulations to all of this year’s winners! —The Editors 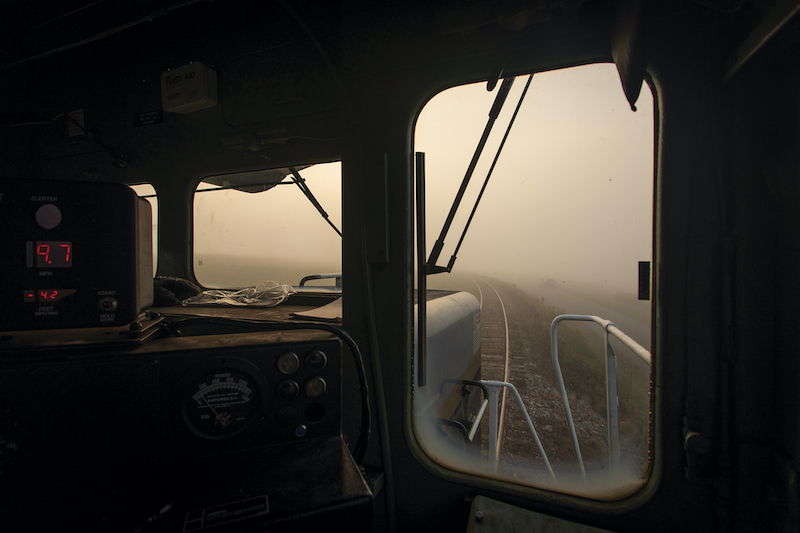 Belpre Industrial Pakersburg Railway Job 1 rounds the curves at Rainbow, Ohio, on October 1, 2020. On this foggy morning, three GP38-2s were pulling 22 cars of Alabama river rock and West Virginia coal bound for the Globe Metallurgical Plant at Relief, Ohio. This photo was shot over the shoulder of Engineer Seth McBryde. 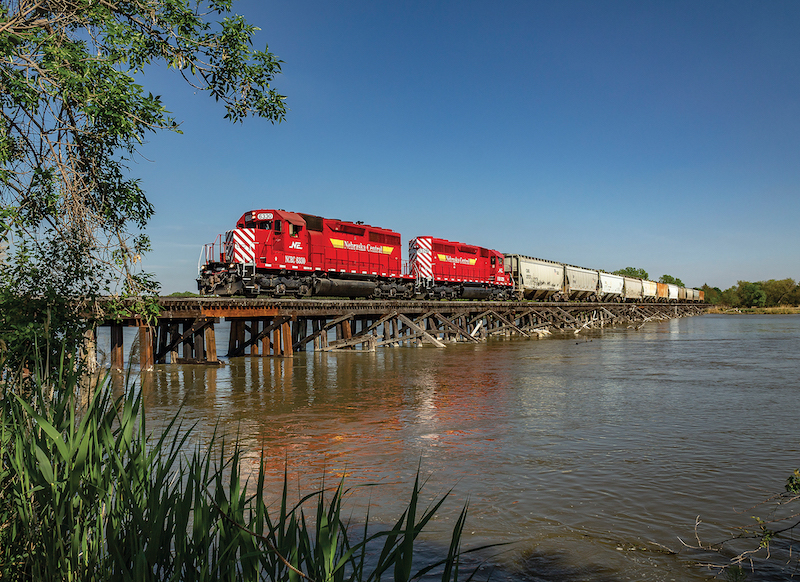 A pair of ex-Penn Central SD40s powers the Nebraska Central Railroad’s Hordville Turn over the Platte River south of Central City, Neb., on May 19, 2020. 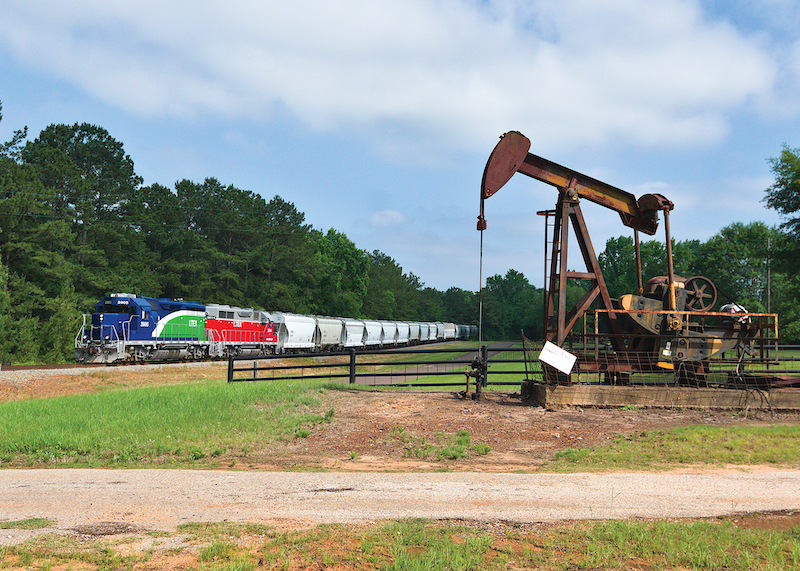 A Blacklands Railroad local passes an inactive pump jack on its way to the Union Pacific interchange at Overton, Tex. Leading the way is GP39-3 3905, which is painted for Mexico’s Baja California Railroad. 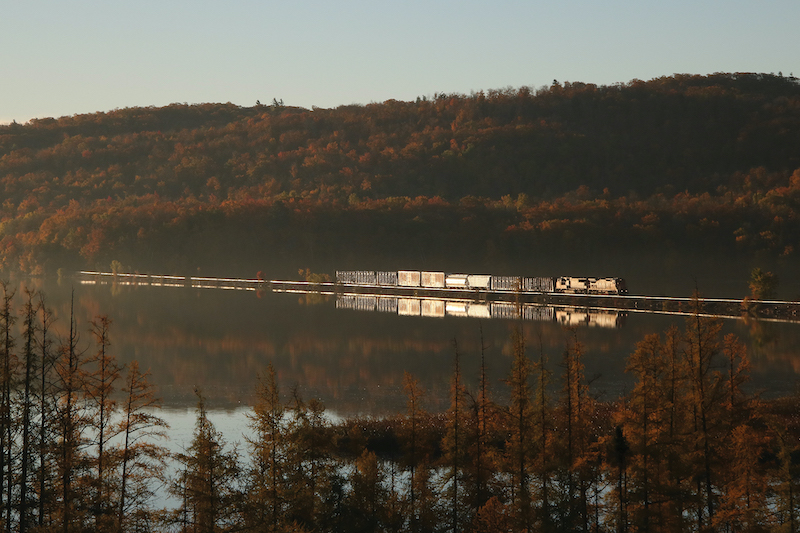 A Wisconsin & Southern local creeps along the shoreline at Devils Lake State Park on its way to work at Baraboo, Wis., on the afternoon of September 28, 2012. 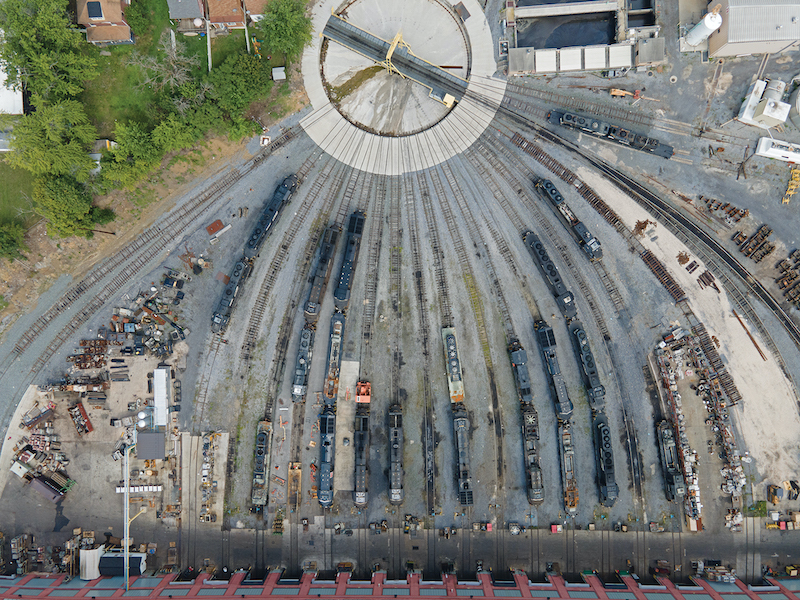 Several Norfolk Southern locomotives repose around Juniata Shop’s turntable in Altoona, Pa., waiting their turns to be pushed inside for some shop time on August 27, 2021. 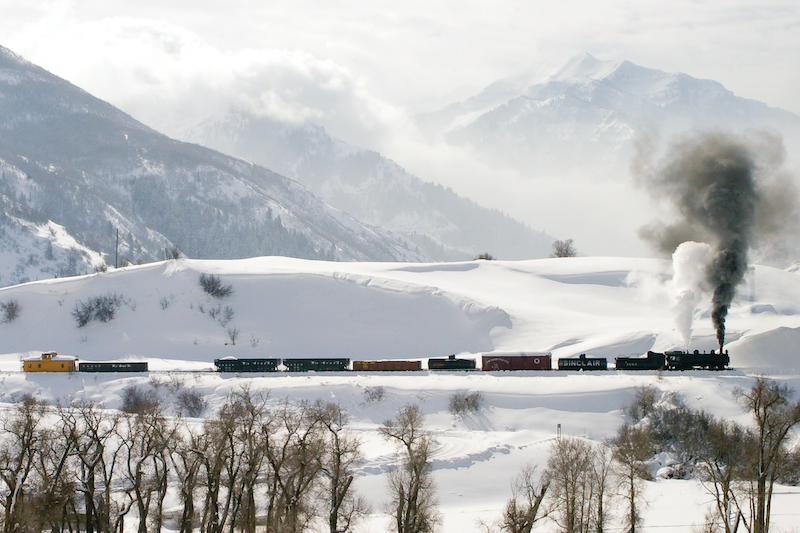 A mountain storm clears as Oregon Short Line 2-8-0 1068 (Union Pacific) struggles to bring its train upgrade while fighting slippery rails and deep snow. This scene was taken on Utah’s Heber Valley Railroad in 2008.

A brisk fall morning breaks over Colorado’s San Luis Valley as a mixed train on Cumbres & Toltec Scenic makes its way out of Antonito, Colo., on September 28, 2021, on a Lerro Photography photo charter. 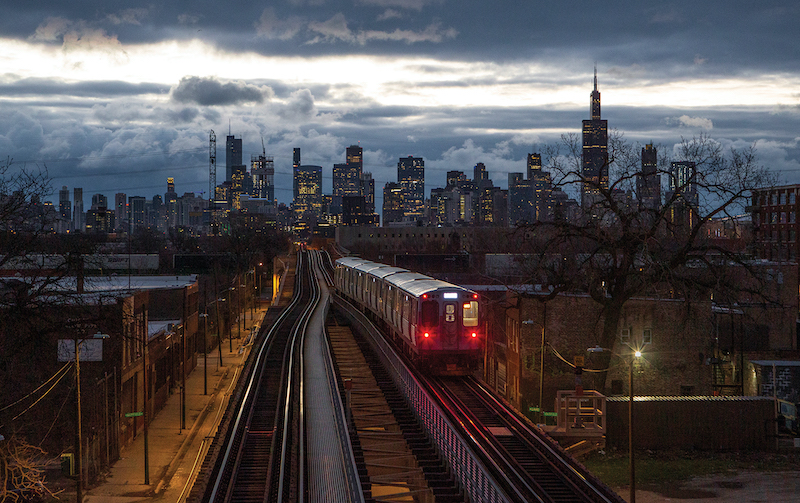 A predawn storm moves across Lake Michigan and the city of Chicago as an eastbound Lake Street Elevated train of the Chicago Transit Authority heads into the city on April 7, 2022.