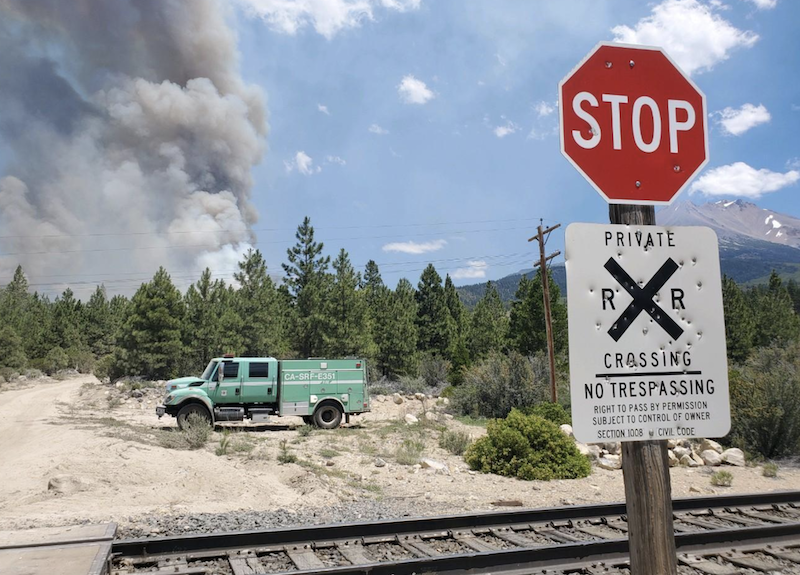 The Lava Fire has burned more than 13,000 acres near Mount Shasta in the Shasta-Trinity National Forest and has reportedly damaged railroad infrastructure in the area, including the Dry Canyon Bridge near Hotlum. The railroad was telling customers late Tuesday that traffic was being rerouted around the area and that customers may experience delays in excess of 72 hours. “Our Engineering team is currently assessing the extent of the damage to our rail infrastructure,” the railroad wrote Tuesday.

The railroad said that operations were being impacted between Redding, Calif., and Eugene, Ore.

The fire comes as the Pacific Northwest is baked in a historic heatwave. On Monday, a record-breaking 116 degrees was recorded in Portland. It was the third day in the row that the all-time temperature record had been broken there.