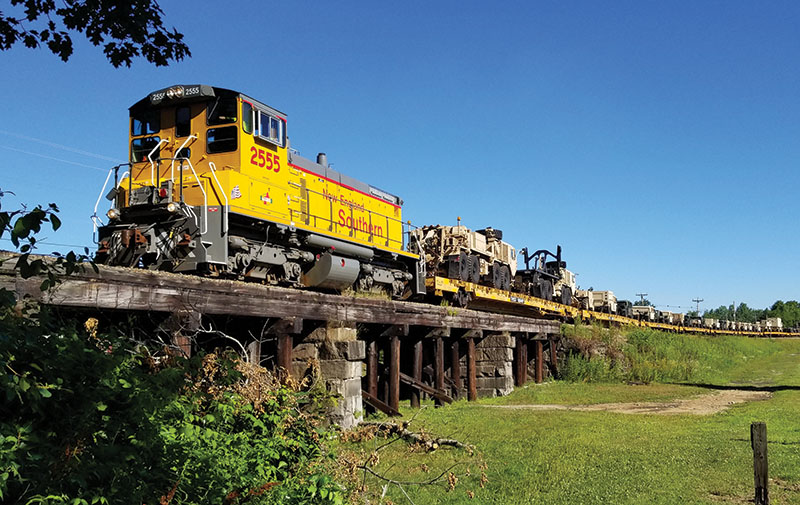 The sale of “certain assets and operating rights” still needs approval by the New Hampshire Department of Transportation and the U.S. Surface Transportation Board. As of Monday, nothing had been publically filed with the STB but officials with VRS said they expect the deal to close by the end of June. VRS President Selden Houghton said that the short line will continue to operate under the New England Southern banner. The New England Southern is isolated from the rest of the VRS system and will necessitate trackage rights from Pan Am Railways.

“The Vermont Rail System has a 55-year tradition of helping local businesses with efficient and reliable freight service,” Houghton said. “We are excited about this opportunity to grow and expand our business.”

New England Southern began operations in 1982 on a stretch of the former Boston & Maine. The railroad’s operations are based in Canterbury. Vermont Rail System does not plan on making any immediate changes to the operation and Houghton said the short line’s motive power, an ex-Union Pacific SW1500, will remain unchanged for the time being. Vermont Rail System officials said they hope to increase traffic on the short line in the years ahead.

VRS also operates two other shortlines in the region that require trackage rights to access: The New York & Ogdensburg Railroad and the Washington County Railroad.