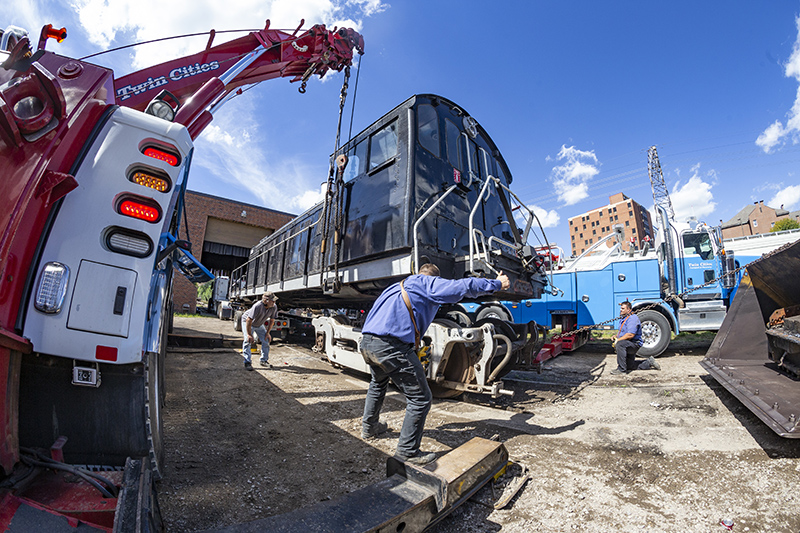 The University of Minnesota’s Alco S4M was loaded on a trailer and moved to the Gopher State Railway Museum on Monday. Photo by Nick Benson.

NEW PRAGUE, Minn. — The Gopher State Railway Museum has successfully trucked an Alco S4M to their grounds in New Prague, Minn. The locomotive was sold by the University of Minnesota to the group for $1 this summer. GSRM is seeking donations to cover the $30,000 transportation costs.

Built in 1950 as an S3, the locomotive was delivered as Boston & Maine 1174. After a fire, it was rebuilt in 1957 as an S4M and renumbered 1274. In the early 1980s, it was acquired by the University of Minnesota, which used it to switch its coal-fired energy facilities until 2009. The locomotive is currently numbered FW1 for Foster Wheeler, the facilities subcontractor who operated it from 1992 to 2016; Veolia manages the site now.

The locomotive was moved by truck roughly 50 miles from Minneapolis to New Prague on Monday. Though Gopher State’s grounds are adjacent to Union Pacific’s ex-M&StL Montgomery Subdivision, they aren’t connected to them. In order to prepare the locomotive for its trip out of the Twin Cities, GSRM volunteers removed the trucks, draft gear, battery boxes, and air tanks – virtually everything below the sill.

The locomotive has been well-cared for, spending its career in Minneapolis stored indoors, and has been started and allowed to idle on a regular basis in the decade since it was retired from coal switching. It received new wheels and was equipped with roller bearings in the late 1990s and is in good working order. It’s expected to begin service in New Prague as soon as COVID-19 and reassembly by museum volunteers allow. 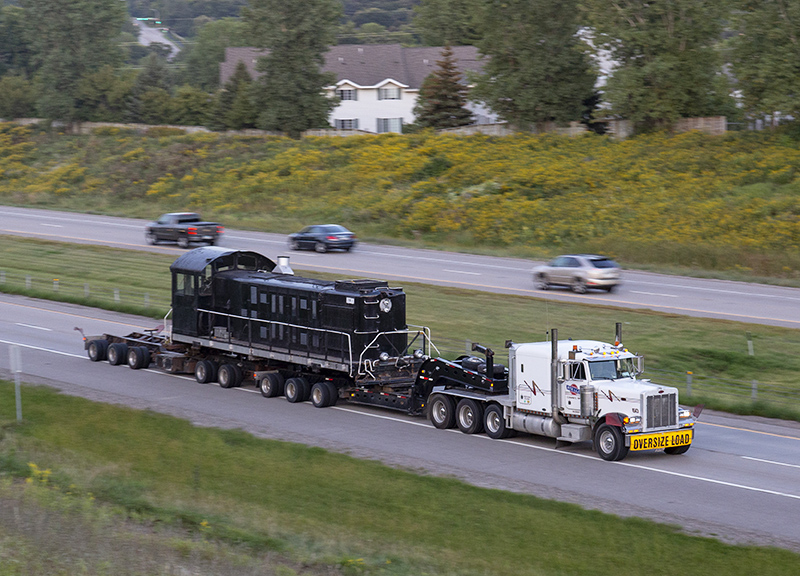 The Alco S4M on its way to a new home on Monday. Photo by Nick Benson.