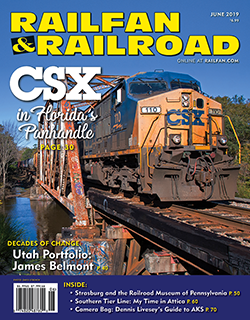 Let me explain. First of all, as background, I covered aviation as a reporter at The Washington Post for at least 15 years, then at the International Herald Tribune in Paris for a couple of years. With the Post, I covered many crashes around the world, concentrating on the U.S. and Canada. I also covered railroads, even though the papers wanted only aviation — they tolerated me as long as the rail coverage didn’t get in the way of the aviation coverage. I’ll get into the details of some of the train wrecks and plane crashes in a moment but, first, I want to enlighten you as to why plane crashes dominate all newspaper and television coverage. I forget who explained it to me, but the answer is really simple.

It boils down to this — babies are born with only two fears, the fear of falling and the fear of loud noises. Want to hear a baby cry? Gently drop the baby into a crib while beating on a big can. What is a plane crash? First, you are strapped in a tube at an altitude of maybe 33,000 feet. You can’t escape. The plane descends rapidly. Add some loud noise and you are in a panic. The plane may or may not be in trouble, but you won’t believe that until you are safely on the ground kissing Mother Earth.

Train wrecks and plane crashes fall into broad categories. There are those events that will lead to major changes in the industry, and there are events that must be investigated but will lead to only minor changes at most. Many years ago, Boeing put out a booklet called The Long Thin Chain. It explained that accidents have many causes, like links in a long, thin paper chain. Break one link (easy) and the accident doesn’t happen.

The most interesting accident I ever covered was an amazing high-speed wreck on the Northeast Corridor at Chase, Md., on January 4, 1983, in which three Conrail locomotives ran through a switch, blocking the main line just as an Amtrak passenger train was approaching at more than 100 mph.

The Villians
The engineer and brakeman, Ricky Gates and Edward Cromwell, became household names for years after the wreck. Post-wreck testing of their blood and urine showed they had concentrations of THC, the intoxicating ingredient of marijuana, three to four times greater than the standard for intoxication used by transportation companies. The National Transportation Safety Board, in later tests in similar conditions at the same time of day, determined that Gates should have been able to stop easily without fouling the main line. Clearly, the marijuana slowed his actions.

I did not go to the scene of the wreck, believing it was better to stay behind in the newsroom in Washington and combine my phone reporting with material from the many reporters we sent to the scene. We covered the wreck like a blanket, splashing stories across the front page for more than a week. We were always ahead of the television stations because they didn’t have my sources and they knew nothing about railroads. Their mistakes were laughable.
My favorite story from that week began with an email from two railroaders who said they had flipped on a recording device as soon as they heard on the train radio that there had been a wreck. They had transcribed it. Wow, that was some transcript. I printed most of it in the Post. I don’t have room to reprint it in this column, but you can probably find it by going to the Post online in early 1983. A word of caution, it will be difficult not to get emotional as you read it.

The wreck at Chase changed railroading in major ways. On the Northeast Corridor, all locomotives including freight units were required to have cab signals as well as train stop and speed controls. Congress passed legislation to certify and license locomotive engineers with regular vision and hearing tests, nationwide driver’s license checks, and random and frequent drug and alcohol screening. Rule G, which prohibits the use of alcohol prior to or during working hours, was amended and expanded and made into a federal law that included more substances. In 1991, Congress authorized mandatory random drug testing for workers in safety-sensitive jobs that the U.S. Department of Transportation regulates. All of this, and more, can be traced back to Ricky Gates and his actions on January 4, 1983.

The Heroes
I will close this column with the heroes of the small town on the banks of the Gunpowder River, next to the railroad. Without a plan, everyone headed to the site of the wreck and began dividing up tasks. Some crawled into the wrecked cars looking for survivors. Some helped move survivors to their homes. They provided phones to call relatives. They prepared meals for survivors and rescue workers. One woman went to work at the local community building to coordinate the delivery of food and other items brought by people who just showed up.

Eleven-year-old Laura Higgins got into the act. She invited a passenger to use the family phone. “I thought, what would I do if I’d been in a train accident? I thought I’d need to use the phone to call my mother.”