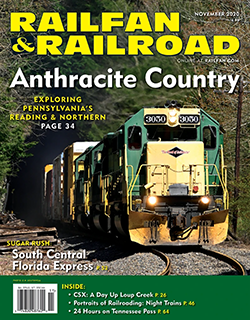 To someone living in the 19th century, the railway was high technology, the pointy end of the new modern age. Consider life before railways. Except for those who sailed or rode a racehorse, nobody experienced a speed of more than 25 mph and lived to tell about it. A journey from New York to Chicago took a week, Chicago to San Francisco even longer. Time was set against the sun, and few, if any, wondered what time it was three states away.

The railways changed this. In the 19th century, top speeds increased from a lowly 5 mph to well past one hundred. New York and Chicago grew closer together by a factor of three, while the West Coast grew nearer by a factor of 10. Trains moved so fast that clocks had to be set to suit them, bringing about the invention of time zones.

In a very real sense, the railways bound together communities, spreading news, ideas, and technological innovations along their networks. As a result, life seemed to move faster, too. It is little wonder that well into the 20th century, the image of a fast-moving train was compelling to those who loved technology. Given all this, it might seem strange to talk about the railways as a bastion of tradition. How can a technology that fundamentally upended generations of human customs be tradition-bound?

One possible answer is that rail transportation metaphorically got hardened arteries, that at some point these companies grew big and complacent, stopped changing, and slowly slid into obsolescence. Any technology that gets surpassed by another tends to have a community around it that is defensive and dismissive of whatever has come along to supplant it. And certainly the history of North American railway companies is littered with ego, intransigence, and sometimes outright stupidity.

As common as this answer is, I’m not convinced. For one, it’s oversimplified. More than that, though, it’s ungenerous. What we must remember is that what the railways brought to the world was not merely a cold set of technologies. They were more than just the formula of flanged wheels on metal rails. They were also a set of practices and the people who made them happen.

Railways were a new order, in a very literal sense. The reason why trains required time zones was to ensure a safe, regimented, ordered pattern of movement. Consider all the evidence before us. Timetables are organized schedules, spreadsheets before Excel. Signals convey information about location and occupancy. Consider the language across time — train orders, control points, track warrants — that convey authority to occupy space. These examples hailed from different periods of history, yet that’s exactly my point — no matter how much changes, control and order are essential to the function and identity of railways. Deliberate and controlled movement is integral, and the order that railways brought are its tradition.

Specifics, of course, change with time. Brakemen are rare today, and if they are part of a crew, they have not stood atop a train manually adjusting brakes in response to whistle signals, as members of their craft once did. There has been no need to “fire” a locomotive since about 1960, and thus no real need for firemen. Radios have all but eliminated the practice of a complicated, yet elegant, system of hand signals. Tourist railroads and museums keep the old practices going, but in a larger sense, so long as there are people still involved in the process, the traditions never die — they simply take on new forms.

This article appeared in the November 2020 issue of Railfan & Railroad! Subscribe today!