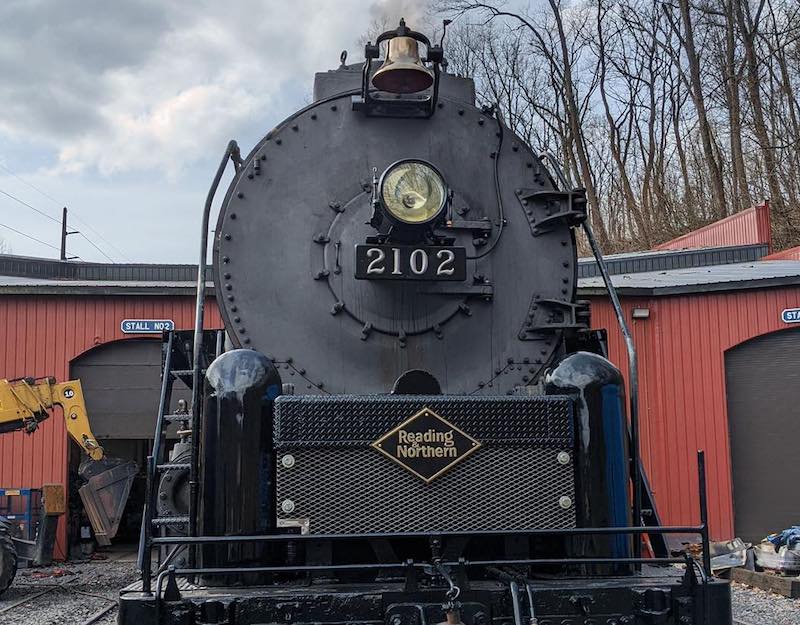 PORT CLINTON, Pa. — A Reading Company 4-8-4 is alive again. This week, the Reading & Northern fired up newly-restored 2102 and announced that it would make its first run on Wednesday. The test runs will mark the end of a multi-year restoration that cost more than $2.4 million and the beginning of a new excursion career for a storied locomotive.

The railroad said there would be no schedule for the test runs.

Reading 2102 will make its public debut on May 28 on the point of the revived “Iron Horse Rambles,” day-long excursions from Reading to Jim Thorpe and back. Additional runs will be made on July 2, August 13 and September 3. Tickets are on sale now. The original “Iron Horse Rambles” were a series of steam excursions on the Reading from 1959 until 1964 that barnstormed the system behind the road’s iconic T-1 type 4-8-4s. Thirty of the Northerns were built from existing 2-8-0 locomotives from 1945 until 1947.