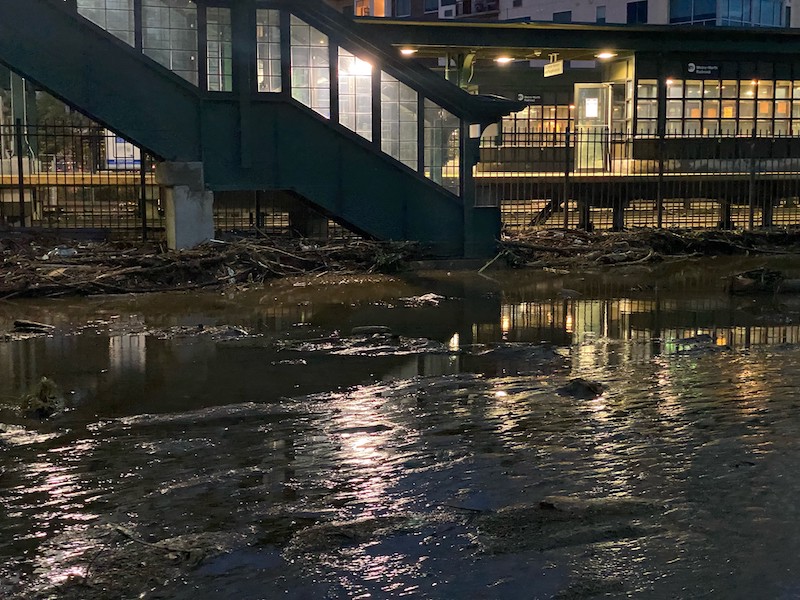 Passenger rail operations in New York City came to a near-standstill on Thursday after the remnants of Hurricane Ida. Photo Courtesy of Metro-North. 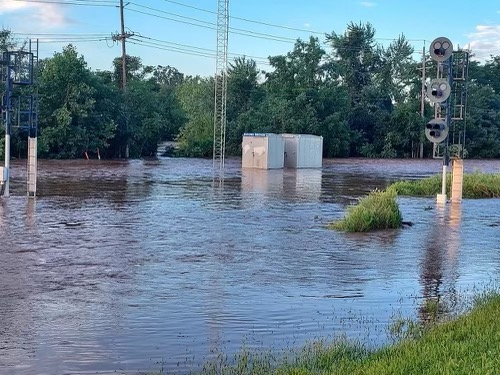 NEW YORK CITY — Passenger rail operations in the Northeast were at a near-standstill Thursday morning after the remnants of Hurricane Ida wallopped the region with a historic amount of rain.

Meanwhile, on the Gulf Coast, where Hurricane Ida landed as a category 4 storm on Sunday, freight railroads are slowing reopening main lines and getting service back to normal. The storm was the second most powerful on record to hit Louisiana. After wreaking havoc there, it moved northeast as a tropical storm where it brought heavy rain and flash flooding. 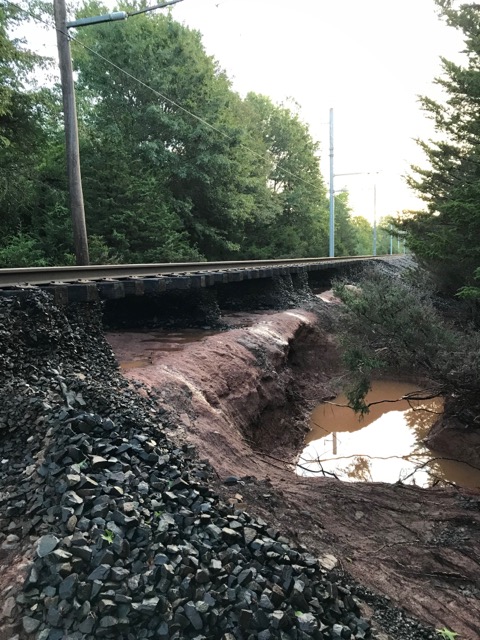 All of the Class I railroads that serve Louisiana and the New Orleans area were reporting some sort of disruption this week. On Thursday, Norfolk Southern said that operations in New Orleans and Mobile were getting back to normal although customers were told to expect delays. CSX Transportation reported that track and signal repairs were needed along its New Orleans & Mobile (NO&M) Subdivision on the Louisiana-Mississippi coast. It was unclear when that route would reopen. Kansas City Southern reported that both its New Orleans and Gulfport Subdivisions had been shut down earlier this week but that the Gulfport line resumed operations on Tuesday. Union Pacific reported that its line from St. James, La., to New Orleans was closed and they were working on clearing debris from the line. On Wednesday, BNSF Railway said its main line west of New Orleans was mostly open, except for a stretch of track about 10 miles east of Raceland, La.

On Wednesday night, the National Weather Service issued a rare flash flood emergency in New York City as rain pummeled the area. Operations on the New York City Subway, NJ Transit (Except for the Atlantic City Line), Metro-North, the Long Island Rail Road and Amtrak’s Northeast Corridor were either suspended or drastically reduced on Thursday morning. The storm also reportedly caused a derailment on CSX’s River Line north of the city. Images shared by transit agencies, including NJT and MN, showed rail lines washed away or underwater. It was unclear when normal service would resume.