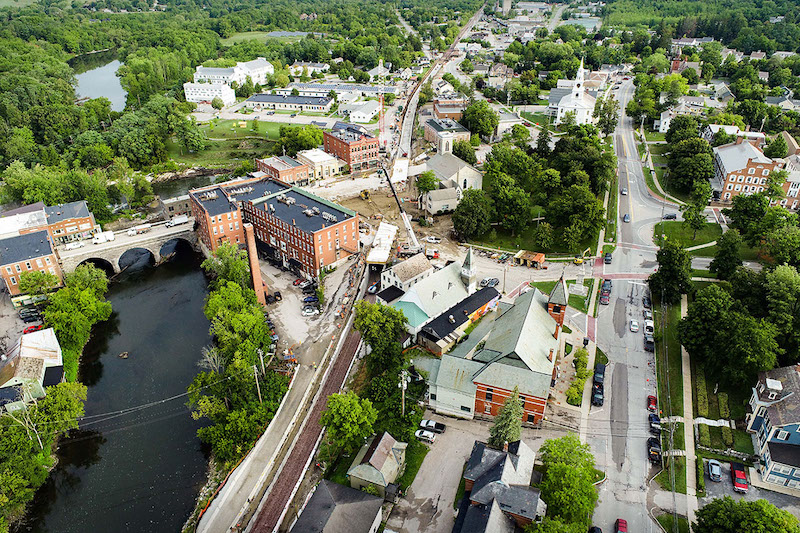 An overview of the Middlebury tunnel project. Photo Courtesy of Vermont Agency of Transportation.

MIDDLEBURY, Vermont — The Vermont Rail System has resumed service between Rutland and Burlington, Vt., after the state built a brand new tunnel beneath downtown Middlebury. The tunnel, which replaced two old highway overpasses, took most of the summer to build and opened to rail traffic on Sept. 18.

The state has wanted to replace the two bridges for more than 25 years. In 2017, officials became even more concerned when concrete began to fall on to the tracks. Two temporary bridges were built and the originals were torn down. Now the state has replaced the two temporary bridges, which were just 300 feet apart, with a new tunnel. The project will allow the railroad to move higher cars through Middlebury and give the town more park space.

During construction, VRS ran detours on the New England Central behind a fleet of leased GATX GP38-2s acquired just for those runs. It is unclear where the GP38-2s will go now.