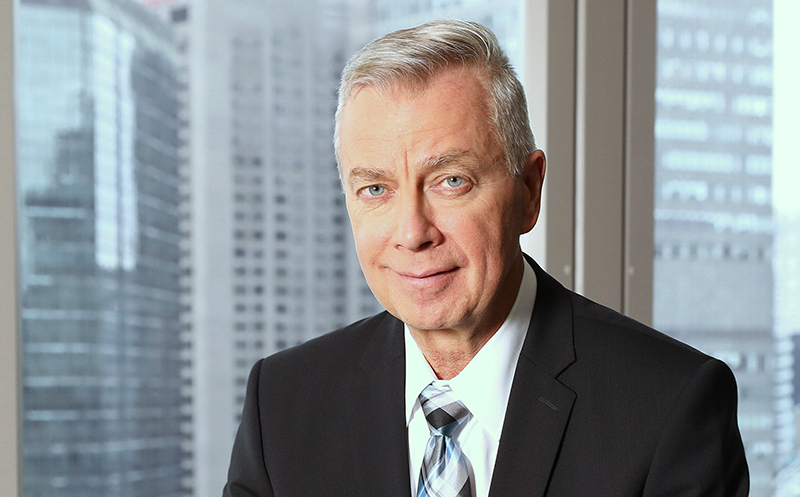 Some have called for Canadian National CEO JJ Ruest to step down after Tuesday’s stinging decision from the U.S. Surface Transportation Board. Photo Courtesy of CN.

WASHINGTON — After the U.S. Surface Transportation Board dealt a serious blow to Canadian National’s plan to merge with Kansas City Southern, one of CN’s largest shareholders is calling for President and CEO J.J Ruest to resign.

Meanwhile, Canadian Pacific reemerged as a potential suitor for KCS, and its CEO, Keith Creel, said Wednesday that his railroad’s offer to purchase the American railroad was still on the table.

On Tuesday, the STB rejected CN’s plan to put KCS into a trust while the federal regulator reviewed the potential merger. Putting KCS into trust would mean CN could pay shareholders immediately and many saw it as a key provision to the deal’s success. Now that the STB has rejected that proposal — and raised serious questions about the impact a CN-KCS combination might have on rail competition and service — many observers believe the deal will fall apart.

In a sign that the deal could fall apart, KCS officials canceled a meeting scheduled for Friday where shareholders were expected to vote on the deal.

Among those hoping it does is TCI Fund Management, which in recent months has emerged as a major CN shareholder, acquiring 36 million shares of the company or about 5 percent of it. On Tuesday night, the hedge fund called on CN to drop its plans to merge with KCS and for CEO Ruest to step down, along with some board members. In a letter to the board, TCI called for Jim Vena, a long-time CN and Union Pacific executive who retired from the industry earlier this year, to be appointed CEO.

“From the start, it has been clear and obvious the bid would fail,” TCI’s Chris Hohn and Ben Walker wrote. “That the Board sanctioned the bid, together with potential fees of $2 billion (to back out of the deal), is an egregious failure of oversight and there must be accountability. CN needs a change of senior management and a shake-up of the board. That process should begin today.”

Late Tuesday, CN officials said that they were “disappointed” but were evaluating all options. It was possible that CN could appeal the decision.

However, many observers believed that CN’s deal was dead in the water and CP would reemerge as the prime merger partner. On Wednesday morning, CP CEO Keith Creel held a press conference where he reiterated his belief that a CP-KCS combination was the only one that would get approved by the STB. CP’s current bid values KCS at $300 per share, about $20 lower than CN’s present offer, but one that CP officials said comes with a silver lining: a CP-KCS merger has a better chance of being approved by the U.S. Surface Transportation Board.

Creel said the new offer would expire on September 12 and that CP officials would be actively pushing for it in the coming days.