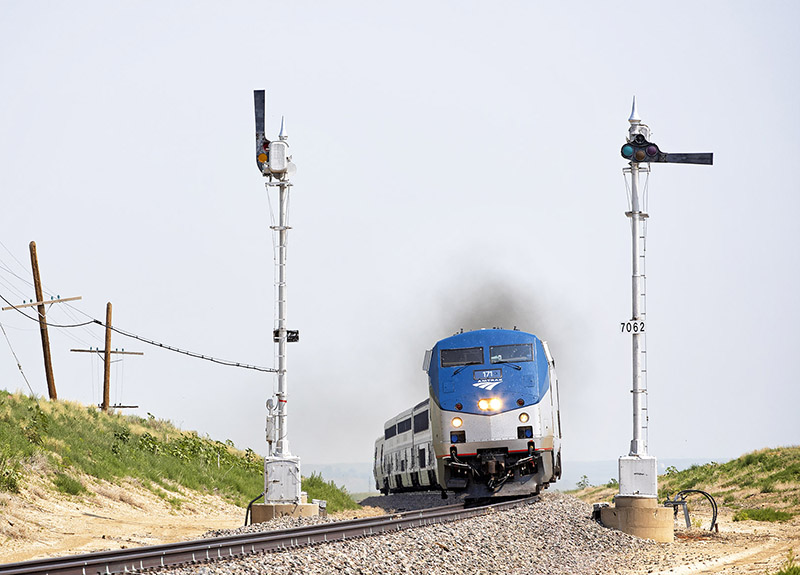 The semaphores south of Springer, N.M., were among the easiest to get to and were popular with railfans wanting to see the final blades in use on a Class I railroad. Amtrak’s Southwest Chief is seen passing the milepost 706 semaphores in July 2021. Photo by Justin Franz.

SPRINGER, N.M. — Time is running out for America’s last semaphore blades in use on a Class I railroad.

This week, BNSF Railway signal crews were replacing a pair of three-position, upper-quadrant semaphore signals on its Raton Subdivision near Springer, N.M. The signals are two of about three dozen such signals still in use along the former Atchison, Topeka & Santa Fe Railway in northern New Mexico. The signals were built by Union Switch & Signal in the 1920s.

Over the years, BNSF has slowly tried to replace the antiquated signals along the former Santa Fe with more modern tri-color signals. Sources close to the railroad tell Railfan & Railroad that a mechanical issue developed with one of the signals at milepost 706 last week and signal crews quickly hatched a plan to replace the pair. The signals at 706 were among the easiest to get to and had been popular with railroad enthusiasts in recent years.

Semaphores can still be found on the Raton Sub at Colmor, Levy and Wagon Mound, as well as west of Las Vegas, N.M., on the Glorieta Subdivision. Presently, only two trains a day run on the Raton and Glorieta Subs: Amtrak’s westbound and eastbound Southwest Chief. 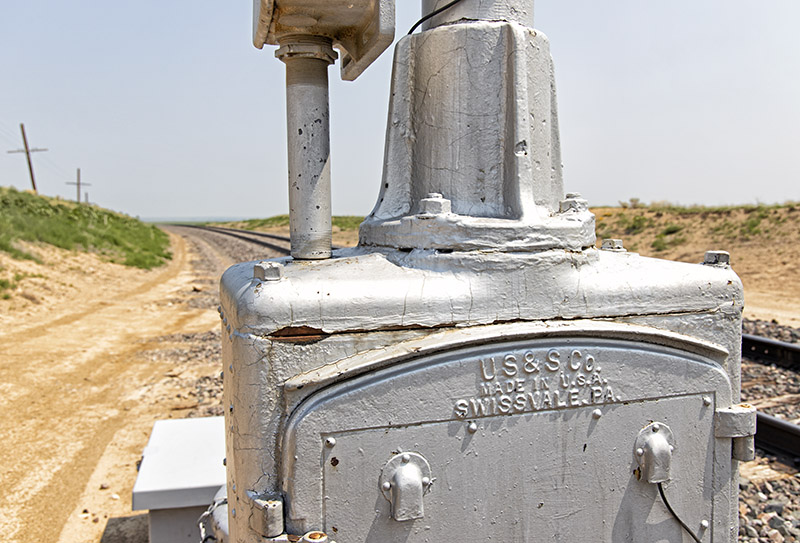 Markings on the signals show they were built by Union Switch & Signal. Photo by Justin Franz.