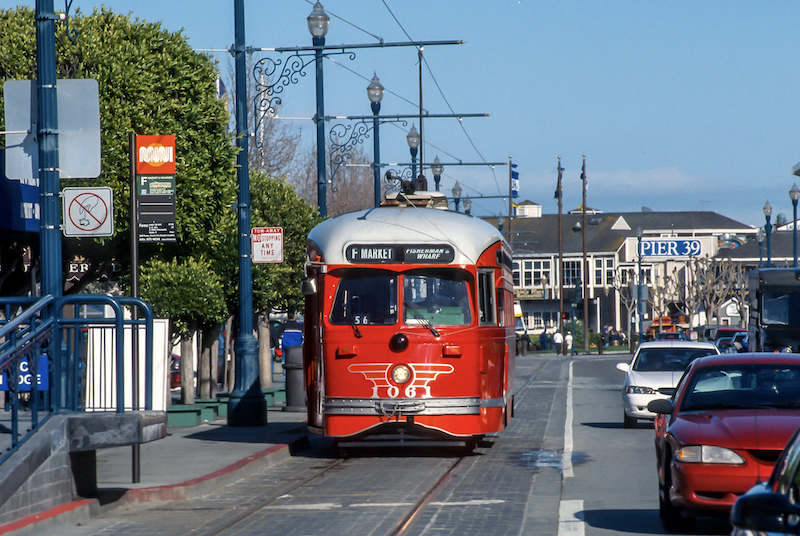 Regular F-Line service will resume beginning Saturday a year after it was suspended due to the pandemic. Photo by Steve Barry.

SAN FRANCISCO — Historic streetcars will resume regular service in the streets of San Francisco this weekend. Regular F-Line service is expected to begin between 7th and Castro Streets and Jones and Beach Streets on May 15, according to the San Francisco Municipal Transportation Agency.

Last year, the cable cars and streetcars were taken out of service over concerns that there was no way to protect the operators from the passengers or the passengers from each other during the pandemic. While some of the streetcars have regularly graced the streets of San Francisco, specifically on training runs, they have not been carrying passengers. MUNI is currently working on installing plastic barriers on its historic PCCs to separate operators from passengers.

In March, MUNI announced that the streetcars were returning to service this spring and the historic cable cars were coming back in the fall. According to the transit agency, streetcars will be running from 11 a.m. until 7 p.m. initially.