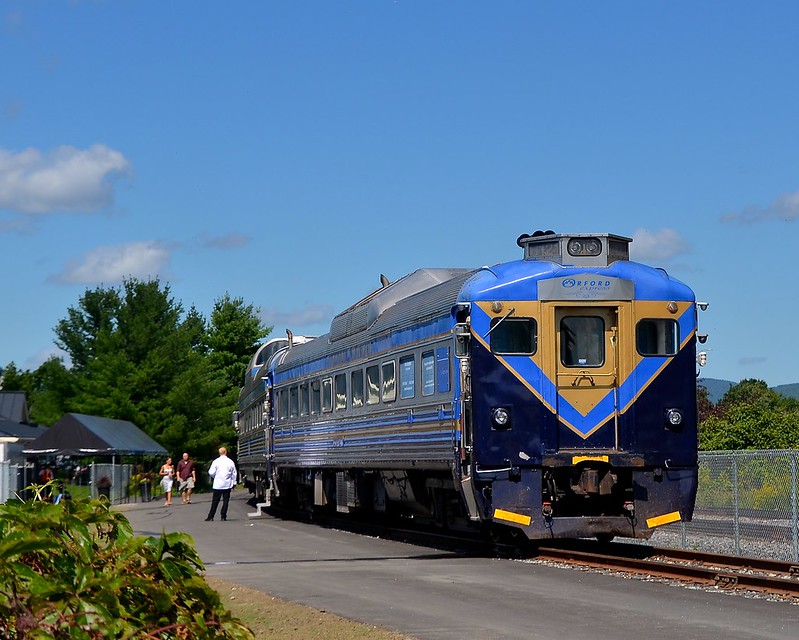 The Orford Express in Magog, Que., in August 2016. Photo by Michael Berry.

SHERBROOKE, Que. — Quebec’s Orford Express tourist train is calling it quits. On Thursday, the train’s owner announced that it was ceasing operations permanently because of losses resulting from the ongoing COVID-19 pandemic.

The train ran between Sherbrooke and Magog, Que. When the operation began in 2006, the line was owned by the Montreal, Maine & Atlantic. In 2014, after the MM&A went bankrupt following the Lac-Megantic oil train disaster, it became Central Maine & Quebec. Earlier this year, the route was purchased back by its original owner, Canadian Pacific Railway. Over the years, the train used an FL9, an M420TR and a number of RDCs. The train did not run this year due to the pandemic.

“Over the past 14 years, some 350,000 people have visited the Eastern Townships region aboard the train,” the owners stated in a press release. “We have much to be proud of!”