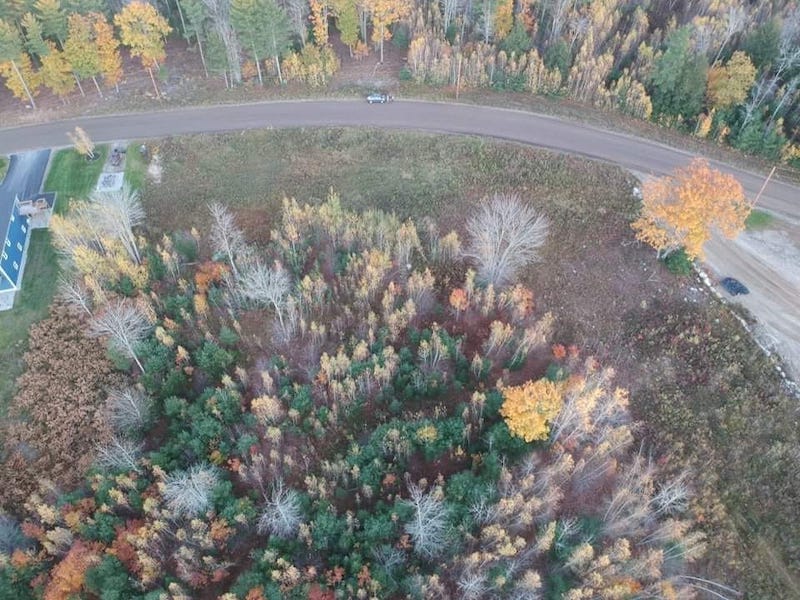 An aerial view of the land recently purchased by the Bridgton & Saco River Railroad Museum in Maine. Courtesy Photo.

BRIDGTON, Maine — A new group dedicated to preserving the memory of one of Maine’s legendary narrow gauge railroads has purchased land and is drafting plans to build a new museum. The Bridgton & Saco River Railroad Museum was established last year to preserve the memory of its namesake narrow gauge.

Last week, the group took a giant leap forward in that effort when it purchase a piece of land not far from the original railroad’s right-of-way in Bridgton, about an hour north of Portland. The group is now working with local and state officials to come up with a plan to construct a museum and narrow gauge rail yard. Eventually, the group wants to relay some of the original railroad.

“We have worked hard for this goal and are very excited to share this accomplishment with everyone. This is also a fundamental shift for our organization, no longer is it a question of IF a museum and yard will be built, it is now a question of WHEN and WHAT it will look like,” the museum’s leadership wrote last week.

In an interview with Railfan & Railroad earlier this year, the group’s board members said they wanted to ensure that the local community remembered its industrial past and specifically its history with Maine’s unique narrow gauge railroads. The B&SR (later Bridgton & Harrison) lasted until the 1940s and was one of the longest surviving 2-footers. Much of the railroad’s equipment, including two 2-4-4T locomotives, were saved and ended up on the Edaville Railroad in Massachusetts. Now both locomotives are owned by the Maine Narrow Gauge Railroad Co. & Museum in Portland.