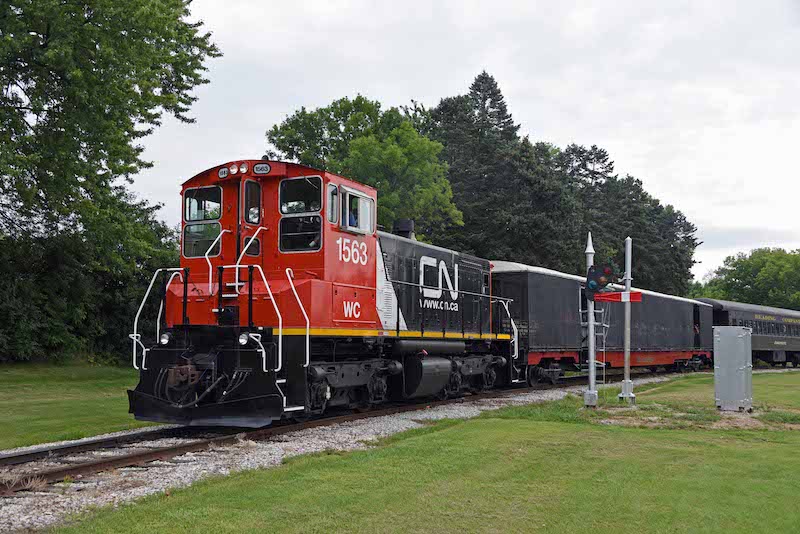 The National Railway Historical Society kicked off its 2021 “Milwaukee Rails” convention with a trip to the National Railroad Museum in Green Bay, Wis. The museum train was pulled by Canadian National/Wisconsin Central SW1500 1563. Photo by M.T.Burkhart.

MILWAUKEE, Wis. – The National Railway Historical Society kicked off its annual convention on Tuesday with a visit to the National Railroad Museum in Green Bay with the rest of the week featuring additional museum outings, meetings and seminars.

Later in the week the convention pays a visit to the East Troy Railroad Museum and the Illinois Railway Museum. It culminates on Saturday with a Metra charter from Fox Lake to Antioch, Ill.

The NRHS was founded in 1935 and has more than 100 chapters across the country. Its annual convention is held in a different part of the U.S. each year. The convention was not held in 2020 due to the pandemic.