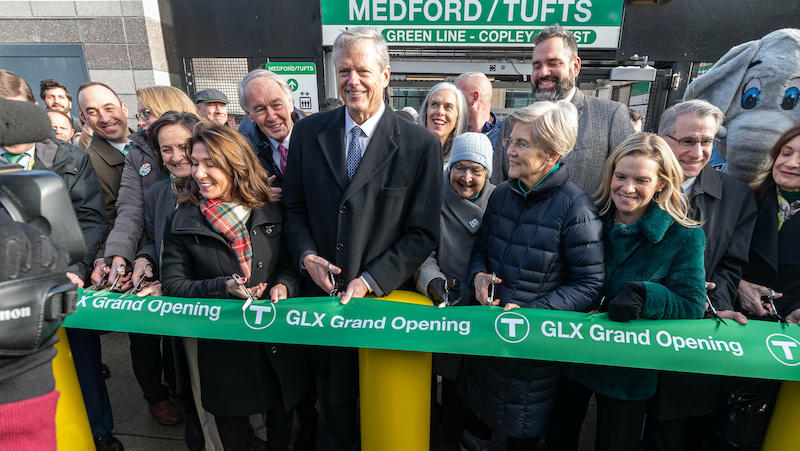 Decades after it was first proposed, the Green Line has been extended beyond Lechmere to Somerville and Medford. Photo Courtesy of MBTA.

“The Green Line Extension will have a transformational impact on the cities of Somerville, Medford, and Cambridge by providing the region with access to important public transit and we are pleased today to bring the Medford Branch into service after years of planning and coordination,” said Gov. Charlie Baker. “This project is the product of the collaboration of federal, state, local, and community partners, and will bring economic growth and improve opportunities to education and jobs for many years to come.”

An extension of the transit system beyond Lechmere was first mentioned way back in 1922, not long after the Boston Elevated Railway arrived there. But the state didn’t commit to the project until 1990 or even fund it until the 2000s. The extension was originally supposed to open in 2014, but that was delayed multiple times. MBTA estimates 26,000 vehicle trips per day will be removed from local streets.

The entire project cost $2.3 billion, which also covered the acquisition of 24 new trolleys to augment the existing fleet.