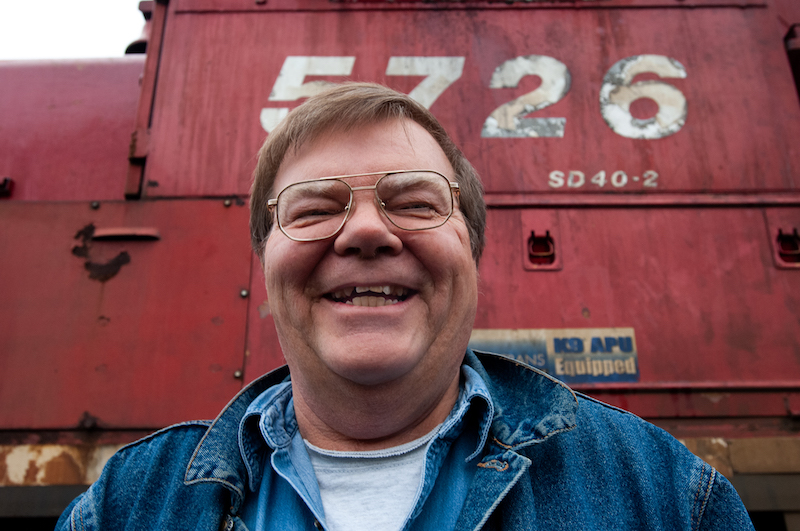 Jeff Willsie, who died this month at 70, worked for Canadian Pacific before starting up his own short line in the 1990s. Today, the Ontario Southland is one of the region’s best. Photo by Greg McDonnell.

LONDON, Ont. — Jeff Willsie, the founder and former president of the Ontario Southland Railway, died June 21. He was 70 years old.

Willsie started his railroad career young, working in the 1960s at the Pinafore Park Railway in St. Thomas, Ont. In 1974, he hired out on Canadian Pacific at Windsor. A few years later, he went into train service and became a locomotive engineer in 1978.

His foray into short line railroading began in 1992 when he purchased a former Toronto, Hamilton & Buffalo switcher with plans of starting freight service on a local industrial spur under the Ontario Southland name. Those first plans didn’t work out, but in 1994 he and his investors got the contract to switch the PetroCan facility in Clarkson. It was the first of many contracts Willsie and the Southland would score. In 1998, Ontario Southland got the contract to operate the city-owned Guelph Junction Railway as well as Canadian Pacific’s Port Burwell Subdivision. The latter agreement was expanded in 2009 to include CP’s St. Thomas Subdivision. Today, Ontario Southland is heralded as one of the region’s best short line operators, thanks in large part to Willsie.

“Under Jeff’s stewardship, Ontario Southland has earned and maintained a respected reputation for its exceptional customer service and for its investment in infrastructure and equipment for its operations. People have always been important to Jeff and he’s ensured that OSR employees, business partners, and customers are treated with fairness and respect. And that above all has been the key to the success of Ontario Southland and the legacy of Jeff Willsie,” Ontario Southland officials wrote in a note to employees and customers.