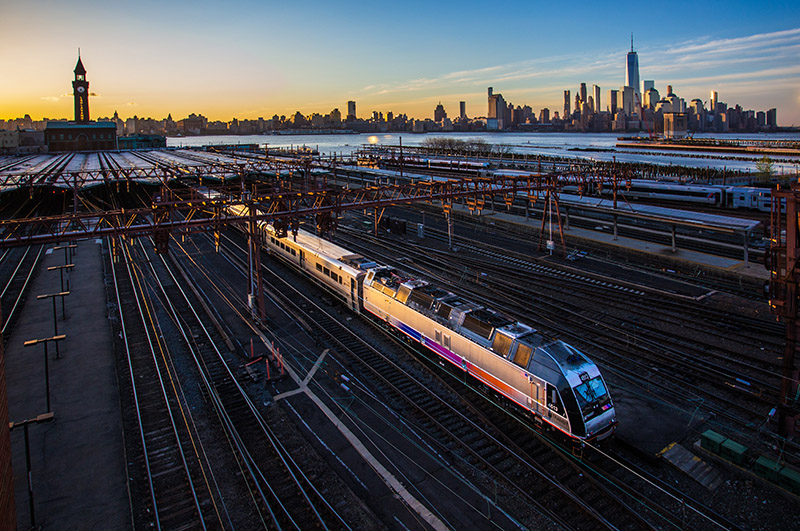 After years of work, the FRA certified NJT’s PTC system on Friday. Photo by Dennis Livesey.

TRENTON, N.J. — After years of work and months of worry that it would miss a federal deadline for installation, New Jersey Transit announced Friday that its Positive Train Control system had been certified by the Federal Railroad Administration. The news came less than two weeks before a long-awaited Dec. 31 deadline.

The certification caps off a dramatic and impressive effort by the commuter agency to finish the job. Just a few months ago, the railroad only had PTC in use on 48 percent of its network, and FRA officials said the agency was “at risk” of missing the deadline, which could have resulted in huge fines or even shut down.

“I’m thrilled that NJT’s PTC system will today receive certification from the Federal Railroad Administration,” said Governor Phil Murphy. “Our commitment to meeting this deadline and ensuring the safety of every rider along NJT’s rail network is simply an extension of our overall commitment to delivering the world-class transportation experience that NJT customers deserve. As our post-COVID future takes shape in the months ahead, hundreds of thousands of New Jerseyans will again turn to our rail system for their commutes and NJT will be ready to get them to their destinations more safely than ever.”

NJT was the last railroad that needed to install the technology that had been mandated by Congress in 2008 following a deadly head-on wreck in Chatsworth, Calif. In the 12 years since, freight and passenger railroads have developed and installed a system that in many ways did not exist when Congress demanded it be used. The deadline for installation was twice extended, from 2015 to 2018, and finally to 2020.

“The announcement that all freight, Amtrak, intercity and commuter railroads will meet the deadline for implementing positive train control is a major win for public safety—one that fulfills a longstanding priority of the National Transportation Safety Board, which issued its first PTC-related recommendation half a century ago,” said Rep. Peter DeFazio (D-OR), chair of the House Committee on Transportation and Infrastructure.

Congress mandated PTC be used on specific rail lines, particularly those that host passenger trains or hazardous materials. Not all railroads were required to install it but some, like Montana Rail Link, have announced that they see the benefits of the safety system and will be installing it as well in the future.