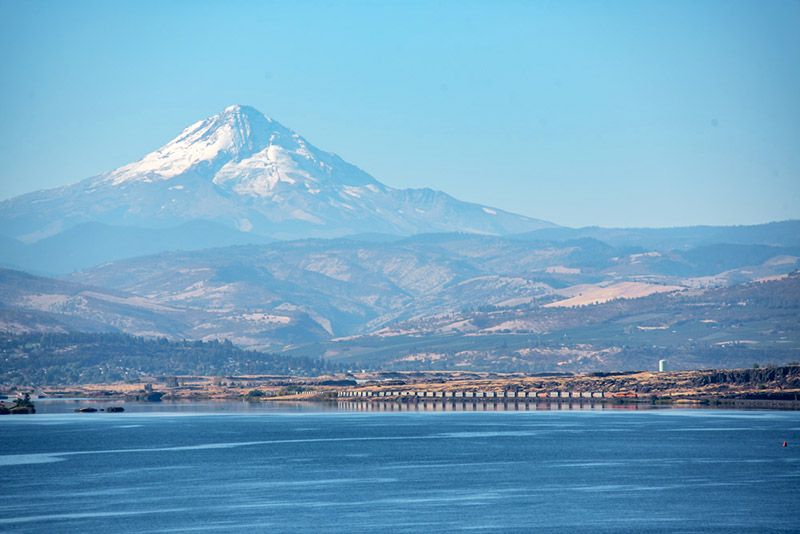 Mount Hood dominates the background as a BNSF eastbound stack train works its way east of Dallesport, Wash., along the Columbia River on October 15, 2018.

Of all the places in the continental United States to take railroad photographs, the Columbia River Gorge dividing Oregon and Washington is easily one of the best. With spectacular scenery, quaint towns, and railroads on both sides of the river, it is truly a special place.

The gorge runs for approximately 80 miles, starting east of the Portland, Ore., suburbs and ending at roughly Arlington, Ore. It was used by Lewis & Clark in 1805, and in the 1880s, the Oregon Railway & Navigation Company built through the gorge on the Oregon side; this is now Union Pacific. Railroads came to the Washington side in the early 1900s when the Great Northern and Northern Pacific railroads teamed up to form the Spokane, Portland & Seattle. This is now part of BNSF Railway. 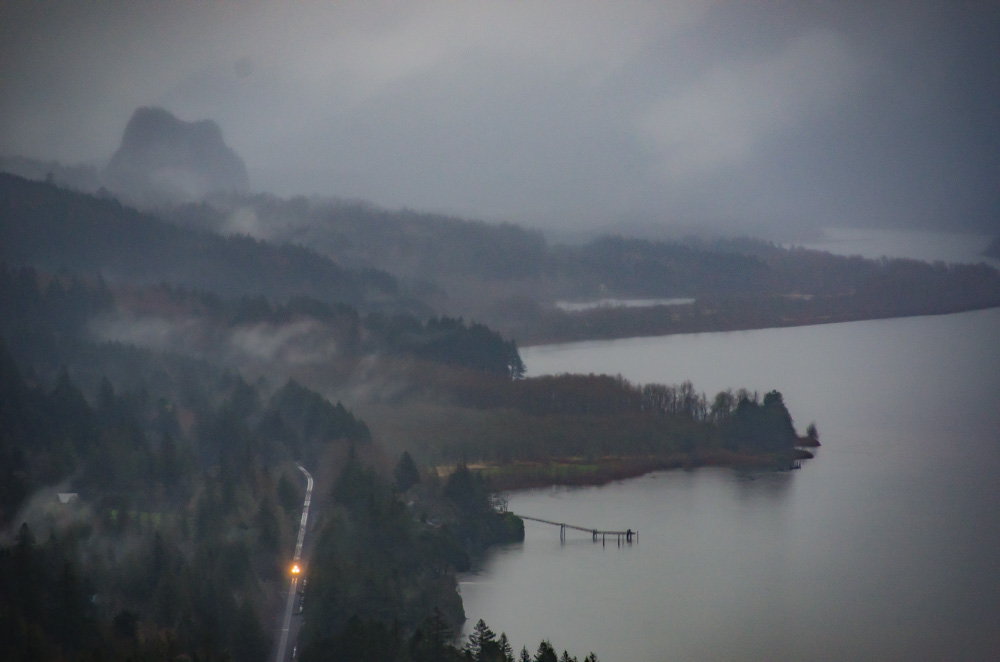 Accessing the two railroads is fairly easy. On the Washington side, State Highway 14 parallels the tracks almost all the way. Trains will outrun you on the largely two-lane road, so chasing can be difficult. However, the line is single-track with passing sidings, and trains will often have to stop for meets.

The Union Pacific side is a bit trickier, as the line is paralleled by Interstate 84. While this will let you outrun trains at times, it also makes turning around to pursue a train in the opposite direction difficult, as exits are quite a distance apart. However, the UP side has the more interesting towns, with Cascade Locks, Hood River, and The Dalles all worth a visit. The three towns are connected by the Historic Columbia River Highway — Old U.S. 30 — which winds its way up in the mountains above the river. While not useful for chasing, there are some great views available including from the overlook above Rowena and from the historic Vista House not far from the Portland suburbs. 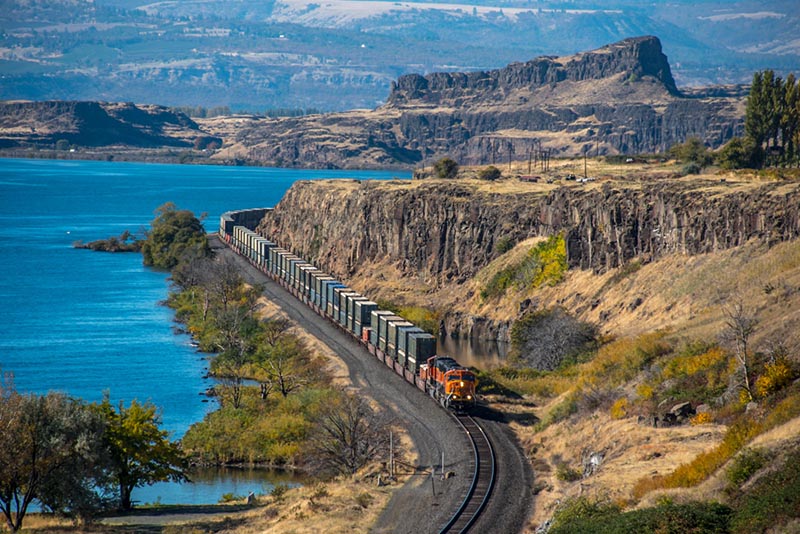 Getting back and forth between Oregon and Washington is fairly easy. The Bridge of the Gods connects Cascade Locks and Stevenson, Wash. There is also a bridge between Hood River and White Salmon, Wash. A third bridge will take you between The Dalles and Dallesport, Wash. (The first two bridges are toll; the bridge at The Dalles is free).

The UP has a couple of tunnels, all inaccessible due to the interstate. But on the BNSF side the tunnels are numerous, and many are right along the shoulder of State Highway 14. 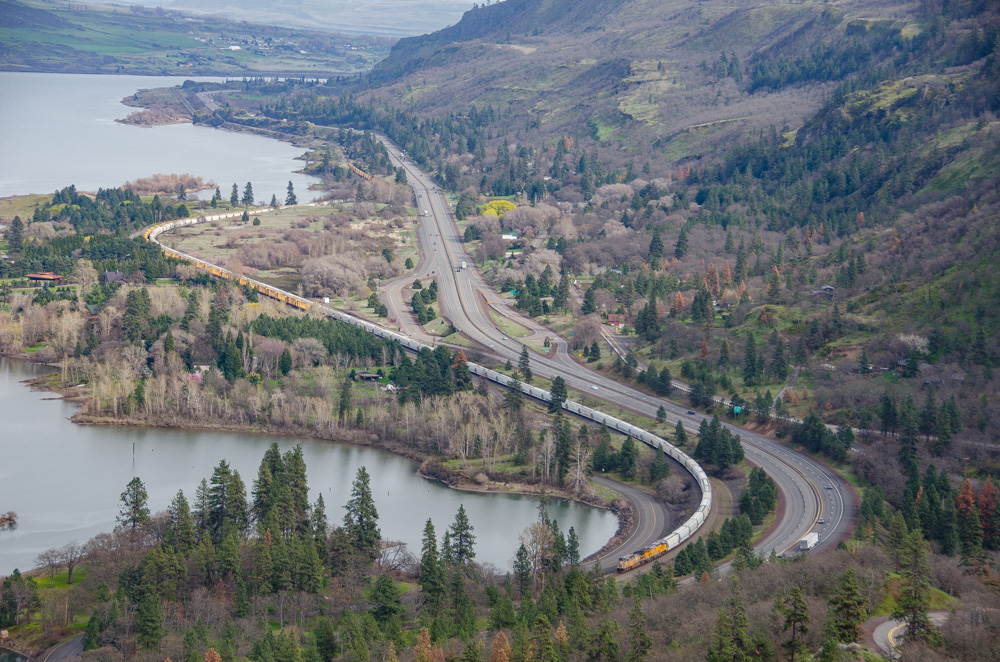 The Columbia River Gorge is pleasant in almost all types of weather. Sometimes haze will get caught in the gorge, obscuring some of the distant vistas. But if you hit it on a crystal clear day, the region is dominated by Mount Hood. On the other side of the coin, even rainy, misty days can be downright spectacular in the gorge. On its bad days, the Columbia Gorge can still be very reminiscent of Alaska. With its variety of weather and home to two Class I railroads (plus Amtrak), the Gorge is a railfan’s dream. It is, indeed, a special place. Enjoy these select photos from some of my recent trips through the Gorge… 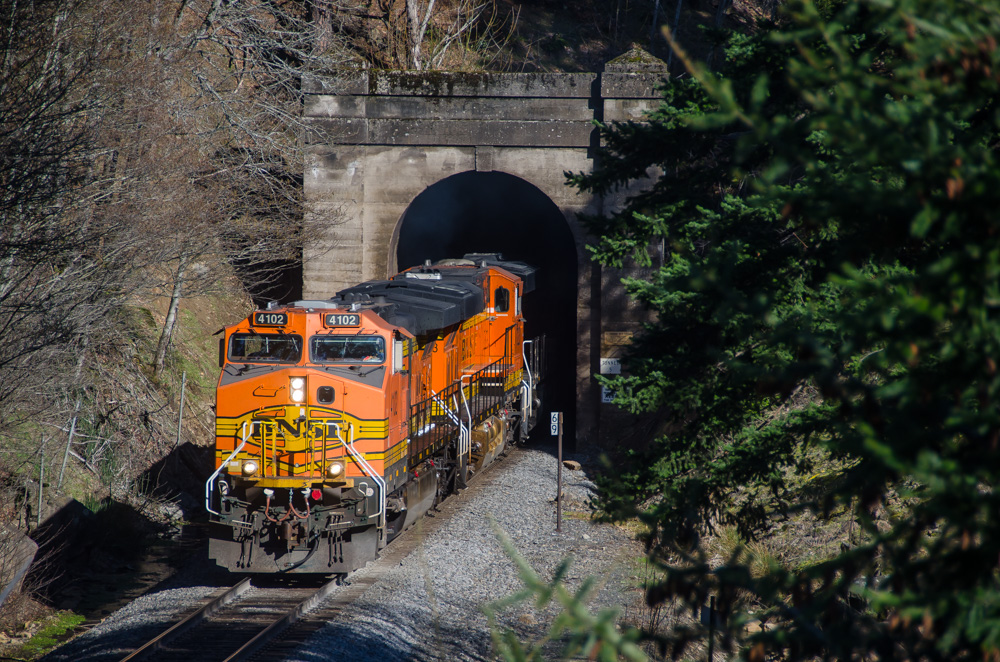 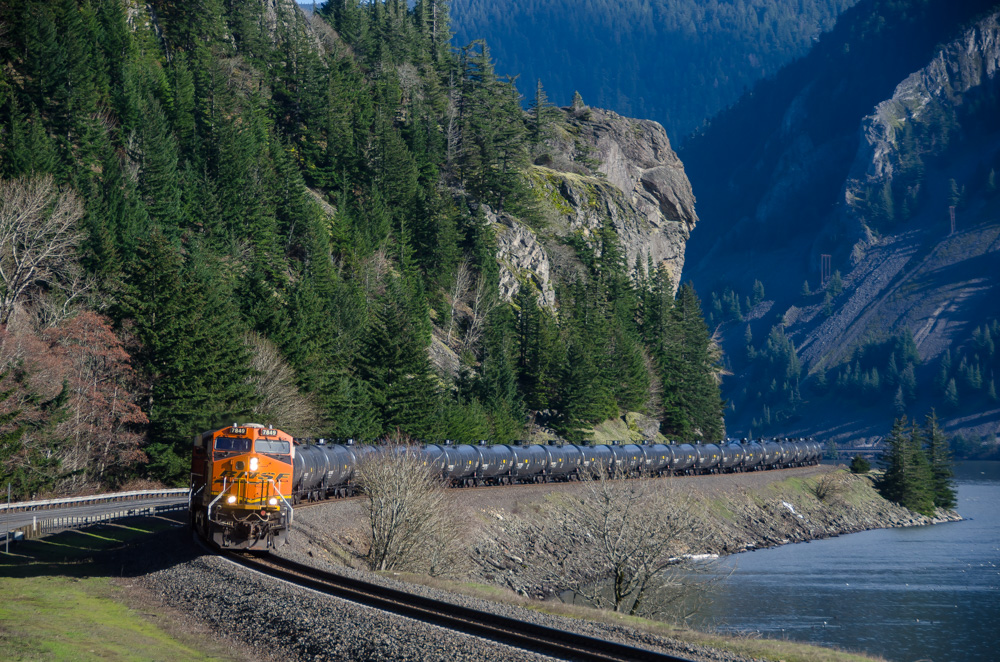 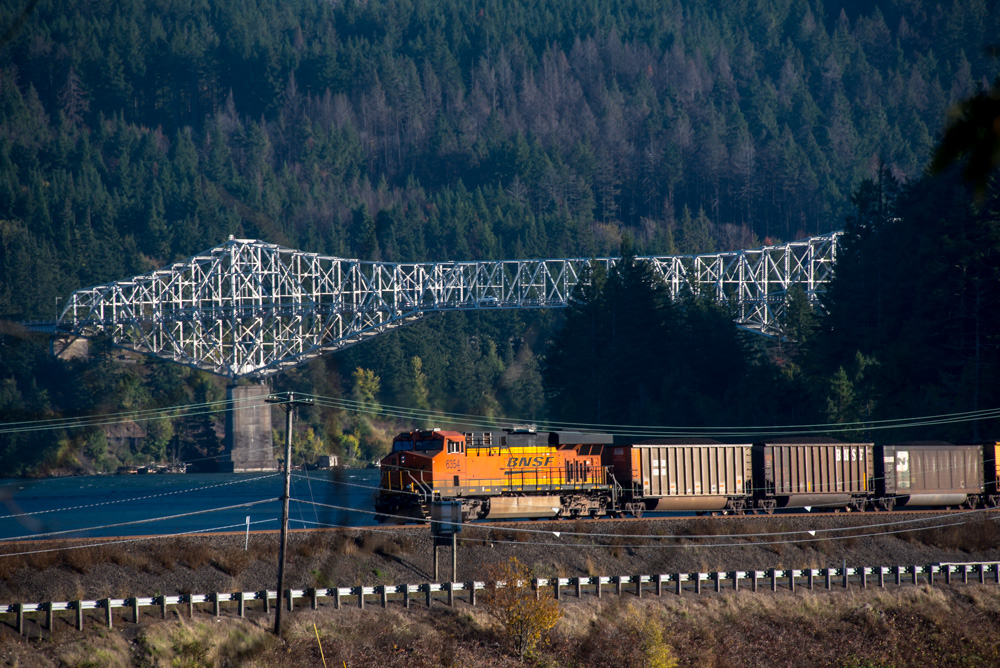 A distributed power unit pushes a loaded BNSF coal train along the Columbia River at Stevenson, Wash., on October 12, 2018. The Bridge of the Gods is highlighted in the background. 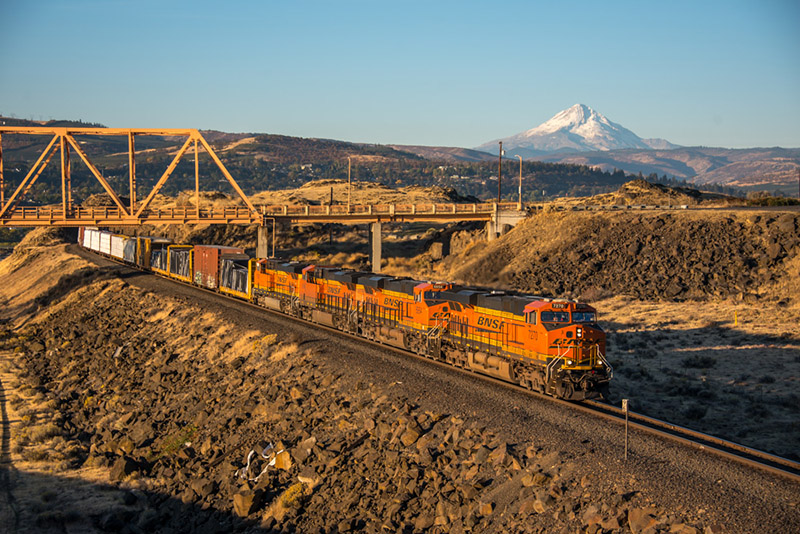 Majestic Mount Hood is off in the distance as an early-morning eastbound BNSF freight heads toward the sun at Dallesport, Wash., on October 15, 2018. 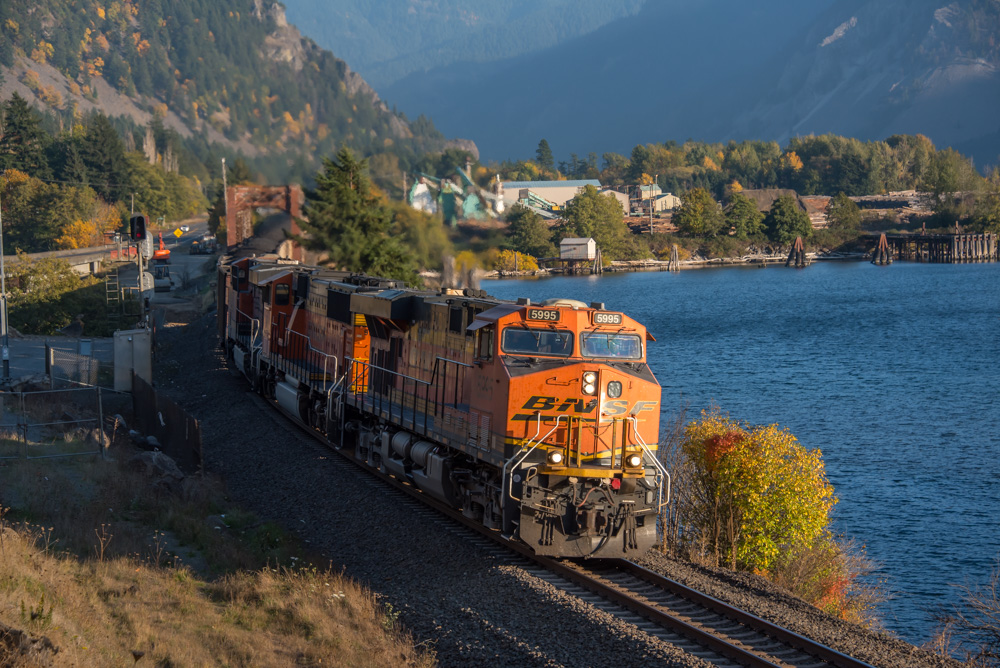