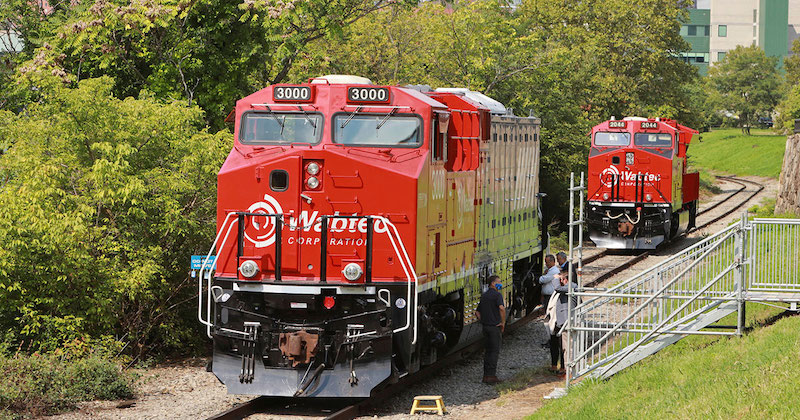 PITTSBURGH — One of Australia’s iron ore roads is embracing the future and purchasing one of the world’s first 100-percent battery-powered, heavy-haul locomotives from Wabtec. Roy Hill, a mining operation in the Pilbara region of western Australia, operates a 214-mile rail line that moves iron ore from the interior to a port on the Indian Ocean.

Roy Hill is expected to receive the FLXdrive battery-powered locomotive in 2023 and will operate it with its ES44ACi diesel locomotives as a hybrid consist.

“We are committed to transforming the next generation of transportation by adopting advanced technologies that improve energy efficiency, lower operating costs and improve our rail and mining network,” said Gerhard Veldsman, CEO of Roy Hill. “The FLXdrive locomotive will be the first for the region and the first for the mining industry and will improve our rail operations from the mine to Port Hedland.”

A prototype of the FLXdrive was tested in the United States this year and Wabtec said it was a success. The locomotive Roy Hill gets will build on what was learned during those trials. Based on the route and Roy Hill’s rail operations, the FLXdrive is anticipated to reduce the company’s fuel costs and emissions in percentage by double digits per train.

“Our analysis with Wabtec confirms the FLXdrive locomotive is ideally suited for our rail network,” said Simon Pascoe, General Manager of Engineering for Roy Hill. “It has the horsepower to operate in a heavy haul train consist pulling loaded wagons with 35,000 tons of iron ore, while at the same time reducing the entire train’s fuel consumption. The FLXdrive also is designed to function in the extreme heat of the Pilbara region.”