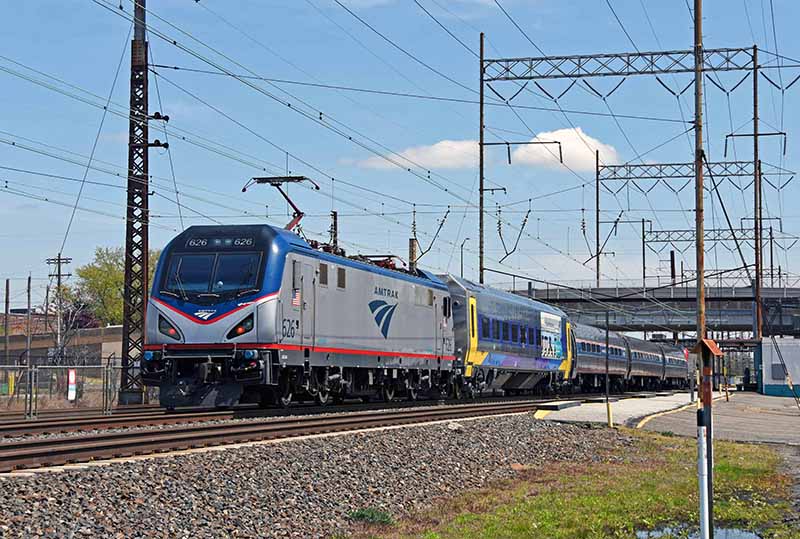 The test train passes Marcus Hook, Pa. on April 25. It made three round trips on the Northeast Corridor between Philadelphia and Perryville, Md. for high-speed testing and compatibility with Amfleet cars. Photo by M.T. Burkhart

Amtrak and Siemens are conducting high-speed tests on the Northeast Corridor with a passenger car that will soon become the new standard on its California and Midwest routes.

The cars feature wide aisles, window shades and are wheelchair accessible, according to Siemens Mobility. The first car arrived on the property in March and will eventually head west after testing. All 137 cars — 88 for Midwest service and 49 for California — are expected to be completed by 2023 at a price of $371 million. The cars will eventually replace and supplement Amfleet and Horizon cars in the Midwest and Surfliner and California Cars on the West Coast.

The Northeast Corridor test train consists of two ACS-64 locomotives (626 and 642, the latter of which is in the special veteran’s paint scheme), bracketing the Siemens coach and three Amfleet coaches. On April 25, the test train made three round trips between Philadelphia and Perryville, Md. before moving to Boston for additional testing.