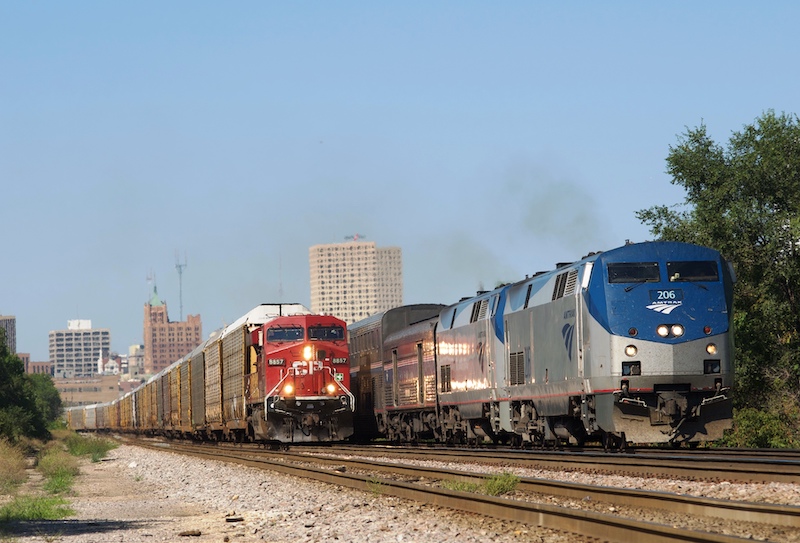 WASHINGTON — Amtrak announced Thursday that it was throwing its support behind the proposed Canadian Pacific-Kansas City Southern merger.

The backing of the nation’s passenger carrier could bode well for the CP-KCS merger as it goes through what is expected to be a lengthy review by the U.S. Surface Transportation Board. In announcing his railroad’s support, Amtrak President Stephen J. Gardner said that CP was one of its best Class I partners and consistently kept trains on time.

“Given CP’s consistent record as an Amtrak host, we support CP’s proposal to expand its network,” Gardner said. “This is exactly what Congress and the Administration are seeking: Amtrak and the freight railroads working together to benefit freight customers, Amtrak passengers, our state/regional partners and the general public.”

In the press release, CP also announced that it would support passenger rail service expansion in the southeast, including between New Orleans and Baton Rouge, La., and between Meridian, Miss., and Dallas. Both of those routes a presently owned by KCS. CP has also vowed to support the increased frequency of Hiawatha Service between Chicago and Milwaukee and the establishment of a second train between the Twin Cities and Milwaukee (Currently, that line is served by the Empire Builder).

“We are proud of the success we have achieved as a host railroad providing industry-leading service to Amtrak on our lines,” said Keith Creel, CP President and Chief Executive Officer. “We thank Amtrak for its support of our historic combination, which will have no adverse effects on intercity passenger service. CP is pleased to continue to support Amtrak and its infrastructure projects to provide the capacity needed to accommodate additional service.”