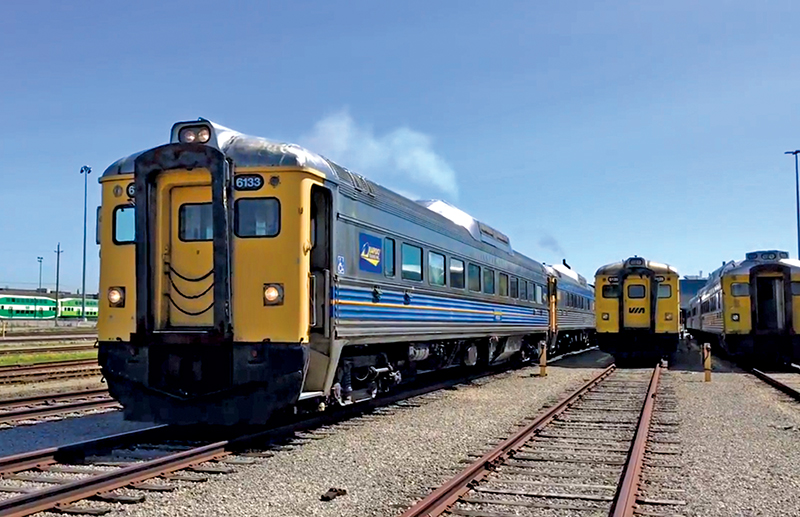 Rapido’s owner Jason Shron has long been interested in preservation and in 2015 the company purchased a former VIA sleeping car. The following year, when a fleet of RDCs were being scrapped in Moncton, N.B., the company picked up VIA 6133, an RDC-1 built in 1956 for the Canadian Pacific’s Dominion Atlantic. Shron believes that full-scale preservation is important to the future of scale modeling.

“Preserving the trains of the past is vital to the future of our hobby,” Shron wrote in the latest Railroad Model Craftsman. “Because there are so few passenger trains to ride, where do so many people get exposed to railroad history? At train museums and tourist lines! Without direct intervention, much of the last 60 years of North American railroading is on the verge of being consigned to the scrapyard of history. We can’t let that happen.”

After buying 6133, the RDC was moved to Toronto where it is being restored to operation by mechanic Chris Fox. Earlier this year, VIA informed Rapido that it would have to move some parts out of some other RDCs in Toronto because they were going to be scrapped. Rapido instead offered to purchase the four slatted for the torch. Included in the purchase was VIA 6110, 6113, 6214, and 6215. RDC-2 6215 (Built as Canadian Pacific 9107) will be restored to run alongside 6133 and the other three will most likely be donated to museums, Shron said.

Shron and Fox have formed the VIA Historical Association and hope to have the RDCs available to the railroad in 2028 to celebrate its 50th anniversary.

Read more about Budd RDCs in the September 2020 issue of Railfan & Railroad!

UP Releases Detailed Schedule as Big Boy Prepares for Tour

Union Pacific “Big Boy” 4014 will leave its home base in Cheyenne, Wyoming, at 8 a.m. Thursday.

Union Pacific’s Dry Canyon Bridge in northern California was damaged back in June by the Lava Fire.